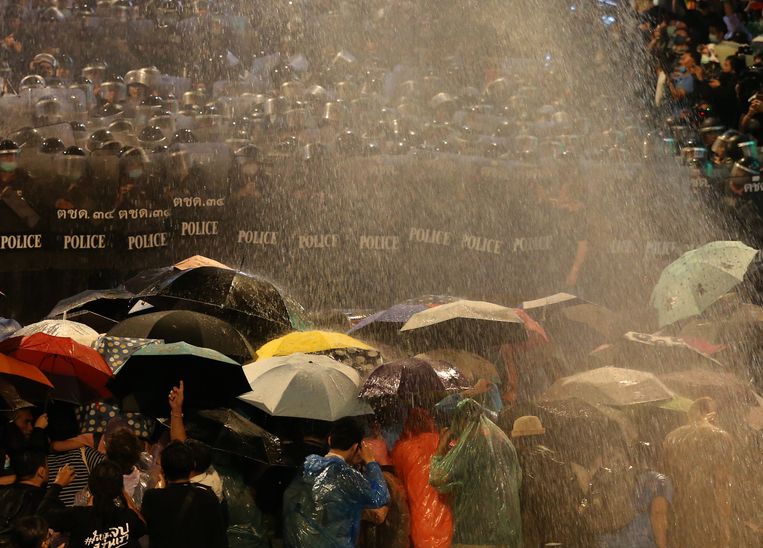 With ongoing protests, the dormant political unrest in Thailand is escalating, which began in February with a ban on a highly popular political party among young people. Initially, the predominantly young protesters demanded the release of arrested activists and the resignation of Prime Minister Prayuth Chan-ocha, who rose to power in a military coup in 2014 and now heads a civilian government in disputed elections.

As the year progressed, more and more demands were made, such as political reforms, rewriting the constitution, ending the influence of the Thai army on politics and, unprecedented for Thailand, curtailing the power of the Thai royal family. Political unrest and military coups are common in Thailand, but criticism of the 300-year-old monarchy is tantamount to revolution. The protest generation only says they want the immensely rich king Maha Vajiralongkorn to ‘keep up with the times’.

On Wednesday, protesters disrupted a tour of the Queen and her son by making their regular protest gesture along the route – three raised finger, inspired by the film The Hunger Games – and to stop as the pale yellow royal car drove past. Thai worship their princes as gods and then it is customary to sit on the ground when a member of the royal family is nearby.

Two men have been arrested for their part in the protest against the royal procession. If convicted, they run the risk of a life sentence. If it is proven that the queen’s life was in danger, they could even face the death penalty. During the tour there were also clashes between pro-monarchist protesters, protesting students and 15,000 police officers.

On Thursday, Prime Minister Prayuth declared a state of emergency. Groups of more than four people are prohibited, as is the distribution of information that ‘threatens order and national security’. He had tens of thousands of protesters removed from outside his office to force him to resign. Prayuth refuses and says that if necessary, he will introduce a curfew to restore order.

On Friday, more than two thousand demonstrators were on the move. Police flooded the crowd with water, which eyewitnesses say was prickled by chemicals, which turn blue so that participants and bystanders in protests can be easily identified and arrested, eyewitnesses said. The protesters defend themselves with umbrellas, following Hong Kong’s example. They have announced they will be back on the streets on Saturday.