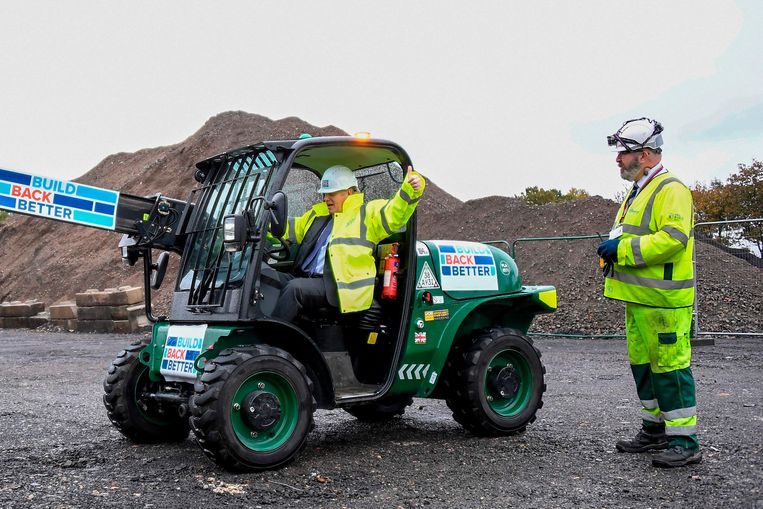 The smoothly passed ultimatum fits into the Brexit soap that has been broadcast pan-European with varying viewing figures since 2016 and whose very last episode is always postponed. ‘The deadlines pass like ships in the night’, Prime Minister Mark Rutte noted on Thursday at the start of the EU summit on Brexit.

As familiar as the shifting deadlines are the words of caution. About the clock that is ticking; After all, the transition period will end on 1 January, in which almost everything remained the same for the United Kingdom, despite the departure from the EU. Without a trade agreement, Brussels and London will fall back on the minimum international trade rules from the new year, with all the serious economic consequences that this entails (especially for the United Kingdom). “We want an agreement, but not at any cost,” said EU President Charles Michel after the EU summit. French President Emmanuel Macron assured that the EU is “prepared” for the black no deal-scenario. Phrases that have also been dead in Johnson’s mouth for weeks.

The UK and the EU point to each other on the blame for the deadlock in the trade talks. According to the British, the Union has still not digested that they left the club (on February 1) and now as a sovereign nation want a trade deal with neighbors. The EU accuses London of wanting to undermine the Union with high standards (maintaining access to the internal market) and meager obligations (not following EU rules). The Channel has only become deeper and wider since Brexit.

That is not to say that there has been no progress whatsoever since the trade talks began in February. On the contrary, in many areas (coordination of social security, cooperation between the police and the judiciary, financial services, joint research projects), the parties have come a long way. But not on three main issues. “And nothing has been decided until everything has been decided,” said a concerned EU official.

The crucial point for the EU is fair competition. If the UK wants to continue exporting to the EU without quotas and tariffs (almost half of UK exports are destined for the European market), Member States will require UK companies to comply with EU state aid, environmental and social standards continue to follow. ‘No Singapore on the Thames’ (unfair competition) is the slogan. The trade agreement with the United Kingdom would be the largest in the history of the EU. Vigilance is required. Especially because the EU intends to operate less naively on the world stage; the relationship with London is a test case.

For London this requirement is indigestible, it is at odds with the Brexiteers’ take back control promise. However, London is lying when it says that the EU is not moving on this point. The ‘dynamic connection’ – the United Kingdom not only respects the existing EU rules, but grows with the Union tightening them up – has been let go, with pain in the heart, that is.

Member States are now looking for a way to safeguard the principles of fair competition, without reference to Johnson’s indigestible EU rules. This will be coupled with a strong and effective dispute mechanism that directly punishes distortions of competition through import duties or restrictions. The EU does not trust the British on their word, especially after Johnson presented a bill last month that would allow him to override international agreements.

The second bottleneck is fishing rights in British waters. After January 1, the EU wants European fishermen – read: the French, Dutch, Belgian and Danish – to be able to catch as much in those waters as they do now. London does not worry about this and wants new agreements on fishing quotas every year, which would create uncertainty for the fishermen. Here, too, the EU is ready to move, although France is stepping on the brakes. Macron fears that after the yellow vests, the Breton nets will fill the streets of Paris. “Under no circumstances will our fishermen be sacrificed to Brexit,” Macron said at the start of the EU summit.

How much time is left for EU negotiator Michel Barnier and his British colleague David Frost? Barnier wants to go to London again next week for negotiations. For an orderly settlement of an agreement – legally secured, translation into 24 EU languages, approval by 27 Member States, the European and the British Parliament – it should have been in place now. At the end of this month, at the beginning of November, there is still just enough, after that it will be throwing and throwing work. ‘One month is possible,’ says an EU official, but then everything and everyone has to cooperate. Until now, this has not happened in the Brexit soap. To be prepared for anything, the leaders decided on Thursday evening the existing emergency plans for a no deal dust off and update.