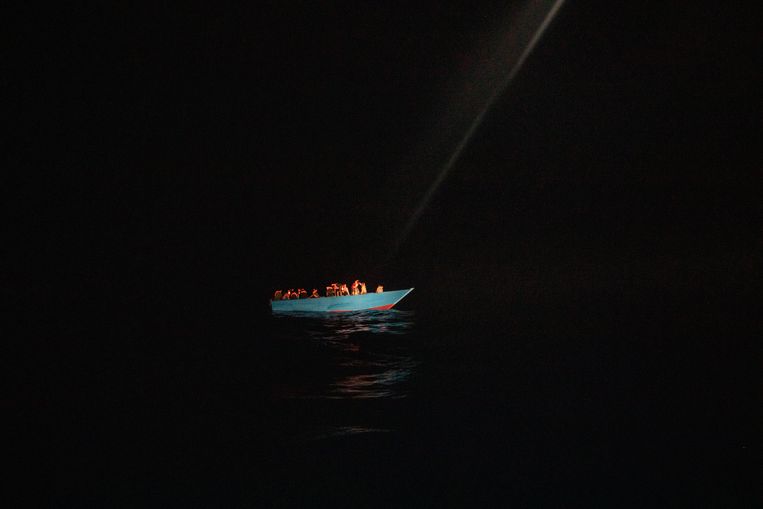 Milad, aka Bija, was described in a Security Council report as a ruthless and bloodthirsty people smuggler who is said to be responsible for dozens of dead migrants in the Mediterranean. Images distributed on social media show him attacking migrants in an overcrowded rubber boat with a stick. He would also be responsible for atrocities in detention centers, according to testimonials from migrants who have been taken by Amnesty International, among others.

At the end of 2017, shocking images went around the world from the American news channel CNN, in which African migrants from the notorious Libyan detention centers were advertised and sold as slaves. After investigating these abuses, Mila d emerged as a linchpin in the cruel human trafficking in Libya and was given a prominent place on the Security Council’s sanctions list. The arrival of that list was a success for the Netherlands at the time, which was a temporary member of the Security Council in 2018.

Despite the now known crimes, Milad remained commander of the Libyan coast guard at Zawiya, a town west of Tripoli, from where many migrants attempt to cross over to Europe. Human smugglers would have earned 4.7 to 5.7 billion euros in the peak year of 2015 from the transport of migrants to Europe, according to the European Migrants Smuggling Center. Revenues plummeted when, from 2016, the EU made agreements with transit countries such as Libya, Turkey, Niger and Sudan to stop migrants.

The controversial Milad was spotted by Italian media in Sicily in 2017 at the table in discussions with the Italian authorities about stopping migrants in Libya. European support for the Libyan coastguard has been criticized for years by human rights organizations. It would often respond too late to emergency calls and forcibly relieve migrants of their dire situation on sinking boats, causing many migrants to drown in the chaos. Also, the detention centers to which migrants are taken after being intercepted by the Libyan coast guard are notorious for atrocities, exploitation and dire hygienic conditions.

The Libyan government in Tripoli said it had made the arrest on Wednesday at the request of the Security Council. Last month Amnesty International denounced impunity in Libya in a new report on atrocities against migrants. The country has suffered from militia since the fall of Colonel Gaddafi in 2011, and is now embroiled in a power struggle between Prime Minister Serraj’s internationally recognized government in the west and Colonel Haftar’s Libyan National Army (LNA).

More than half a million migrants are detained in Libya, according to Amnesty International. The EU-backed Libyan Coast Guard has intercepted some 60,000 migrants since 2016. Many of them ended up in detention centers, where they run a high risk of being maltreated, raped and exploited. To flee the violence in Libya, migrants continue to board boats to reach Europe.

After the CNN report in 2017, the EU promised to evacuate vulnerable migrants from Libya, but corona has brought this program to a virtual standstill. At the end of last year, a total of some 5,000 migrants had been evacuated, many of whom are still in neighboring Niger awaiting resettlement in a safe country.

For the first time in its history, the UN Security Council has taken sanctions against people smugglers. It concerns four Libyans and two Eritreans who are responsible for the large-scale smuggling and mistreatment of migrants in Libya.