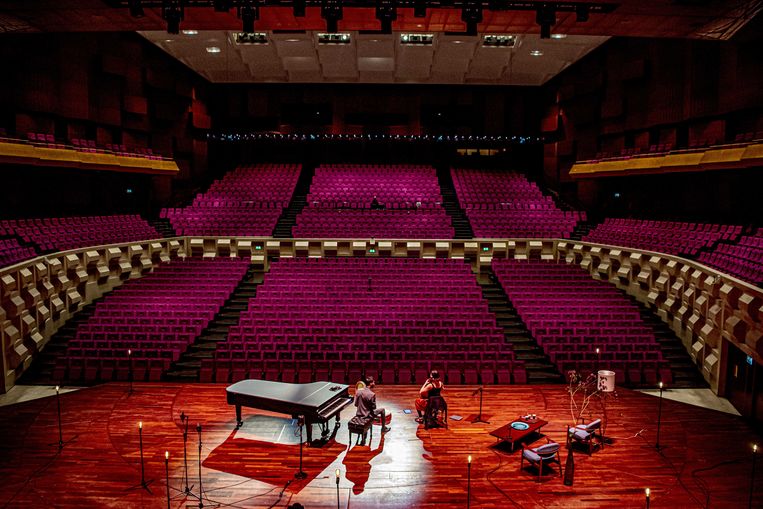 What’s worse: wait to intervene despite the growing number of infections? Or a quick, hard lockdown? Until recently, the latter was considered disastrous for the economy. But more and more economists are starting to hesitate. It has been established that shutting down socio-economic traffic harms businesses and increases unemployment. But doing nothing while the virus is spreading also appears to be at the expense of economic activity.

‘There is no trade-off between economy and health. Even without measures, the economy will be hit hard, ‘says Klaas Knot of De Nederlandsche Bank. He speaks of a ‘historically deep crisis’ during a press conference on Tuesday morning. The second corona wave aggravates that, lockdown or no lockdown. ‘This is mainly because consumers and producers are becoming more reticent. The best for the economy are measures that bring the virus under control as quickly as possible. This cannot be painless. ‘

In other words: tough measures, such as the government will announce on Tuesday evening, will cause acute problems for cafés, restaurants, shops and events. But even without drastic action, the fear of the virus leads the customer to keep his hand on the purse. Consumers stay in out of fear. Or because they themselves are ill. For example, an American study shows that the mobility of people – an indication of economic activity – also declined sharply during the pandemic in states without a lockdown.

The same effect is visible in the Netherlands. For example, during the first wave, the economy in municipalities with a high contamination rate was hit harder than in places with few corona cases. Even if the lockdown measures were the same everywhere. ‘Not only lockdown measures harm the economy, but also people’s behavior towards the virus’, conclude ABN Amro economists in a recent study. ‘Because people stay indoors, they spend less physically in sectors that were (partially) open.’

What about Southern Europe then? Have economies such as Italy and Spain, which virtually closed earlier this year, contracted much more than ‘more flexible’ countries such as Sweden and the Netherlands? That’s right, DNB president Knot also agrees. ‘But structural economic factors may be much more important here than the precise choice around a lockdown. Perhaps the Netherlands has done relatively well, because things like internet use are much higher here. Southern European countries, on the other hand, depend on tourism. That sector was the worst hit. ‘

Knot, like other experts, stresses that more research is needed. But whether hard corona measures are really the worst possible medicine for the economy in all cases? Not if the alternative is a long period of uncertainty as a result of increasing infections. New research from the International Monetary Fund also suggests this. “Lockdowns have short-term costs,” the economists admit. But they can lead to faster recovery if they lower the number of infections and thus the rate of voluntary disease social distancing. ‘