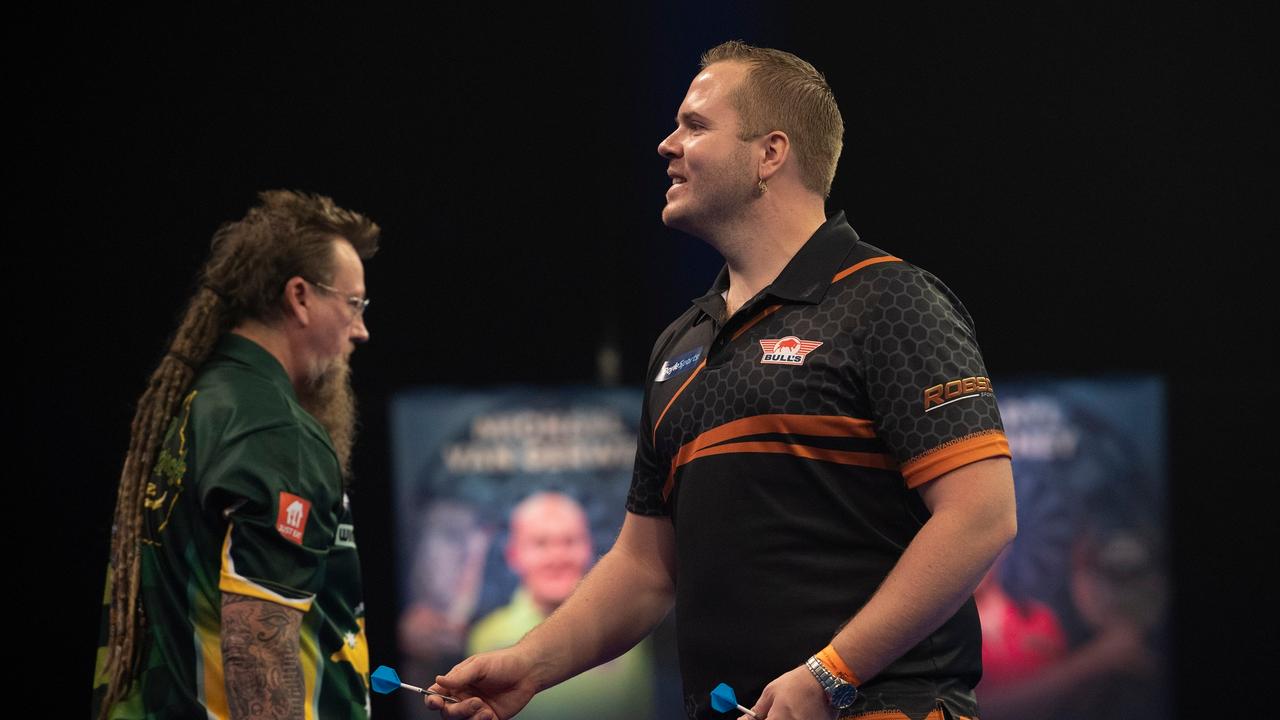 Darter Dirk van Duijvenbode enjoys the way he reached the final of the World Grand Prix on Sunday. Opponent Simon Whitlock did everything he could to get the Katwijker out of his rhythm, but he mainly had to laugh about it.

Whitlock, who had defeated Michael van Gerwen in the quarterfinals, took a lot of time to throw his arrows and walked back slowly, which meant that Van Duijvenbode had to wait a long time before his turn.

“I saw what he did and thought: you only do that when you are afraid. He started with it in set one and in set two he started doing other things by suddenly walking 2 meters to the side and then walking back”, said Van Duijvenbode against RTL 7.

The 28-year-old Dutchman responded at one point to the actions of Whitlock by taking a lot of time during one inning and also throwing a score of 180.

“He kept slowing down. At one point I thought: I show that it doesn’t hurt me,” he explained the action. “The nice thing is: he beats the number one in the world (Van Gerwen, ed.) With an average of 100, but he is afraid of me.

Van Duijvenbode, who said he had already had a collision with Whitlock on Saturday, is the revelation of the World Grand Prix. He previously beat Gary Anderson, Dimitri Van den Bergh and Mensur Suljovic well and will meet Gerwyn Price in the final on Monday evening. Simon Whitlock did not succeed in his tactics against Dirk van Duijvenbode. (Photo: Lawrence Lustig / PDC)