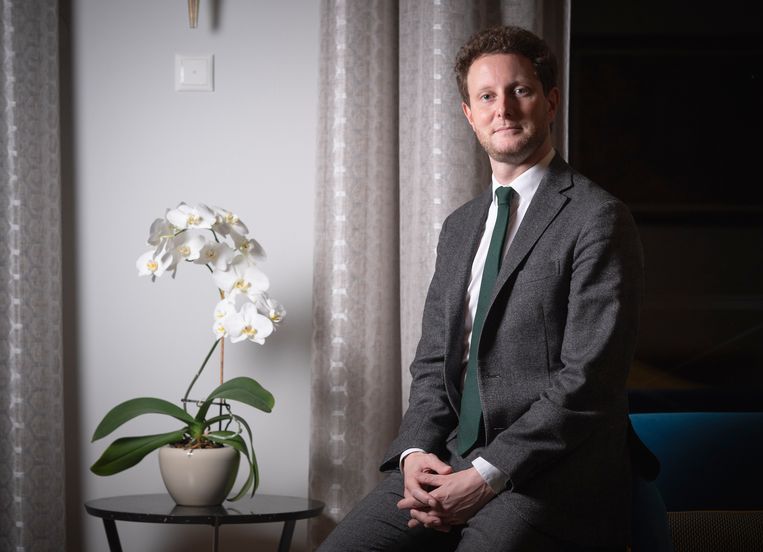 ‘I don’t think the Dutch DNA resembles the British in Europe. On the contrary, the new Europe consists of many ad hoc alliances and the Netherlands can play an active role in this. ‘

Clément Beaune (39), President Macron’s closest EU adviser who recently took office as Minister of European Affairs, does not want to hear from The Hague’s opposition to the ‘new dynamism’ that is set in motion in Europe after Brexit. ‘The Netherlands is analyzing the new map of Europe’, he says, just like France – which has started to consult much more actively with many member states. The reason, according to Beaune, is that cooperation in areas is the only way forward ‘in a club of 27 countries’.

That is why, according to him, nobody needs to be ‘afraid’ of Franco-German cooperation. This summer, the Netherlands faced the French and German plans for a large European recovery fund, which eventually came quite quickly. Now Beaune is praising its relations with the Netherlands – which have become very intensive under Macron and Rutte.

According to Beaune, this also fits in with the way European politics is developing. ‘There is one core that we have to do together: the internal market, political values, joint institutions – there can be no difference. With those three as a basis, you can differentiate and we should not be afraid of that. On one condition: every initiative must be open to all. That has always been the basis for European projects. I don’t believe in a fixed leading group. ‘

The Agreement on the Recovery Fund was hailed as a major step forward in many parts of Europe, where the reaction was more moderate. How do you see its importance?

‘It is very important that Europe reacted quickly and on a large scale. That is historic, just as we were able to transcend certain taboos, such as entering into common debt, in response to the crisis. That is a big difference from the euro crisis ten years ago, when the response was too little too late. ‘

There is still a difference of opinion about the link between the disbursement of those subsidies and the rule of law. The Netherlands is very hard on this.

‘We share these Dutch concerns and also want that link to become stronger than has now been proposed by the German Presidency. But what is really important is that we have embarked on a new path, with a new instrument to defend the rule of law. You cannot give European solidarity to EU partners if you are not sure that they respect the Union’s fundamental values. ‘

Prime Minister Rutte spoke this spring in a derogatory manner about Franco-German cooperation, which he believes does not always yield so much.

‘The Franco-German engine is always needed for initiatives at European level, but it is never enough – and should never be exclusive. We understood that in France under President Macron. We have started speaking very actively with all partners. Political relations with the Netherlands have never been so intense. There have been eleven bilateral meetings between Macron and Rutte since 2017.

‘It’s about being active in as many ad hoc initiatives as possible. For example, we launched a European alliance of ten countries, including the Netherlands, to promote co2 neutrality. In a club of 27 countries we have to differentiate more. Depending on the subject – defense, industrial policy, digital taxation – the composition of the clubs can differ. The Netherlands has a great deal of capacity to play an active role in this. ‘

What is the next big step for the European Union to take?

‘We have to show that we can meet people’s major concerns. That’s why that quick and grand response to corona was so important. Three big topics of today are Brexit, migration and climate. Geopolitically, we also need to make our voices heard better – to Turkey, to Russia, to China. People want Europe to deliver, to protect, to be efficient – and fast. ‘

Strategic autonomy can mean anything. How do you define it?

‘That is sometimes the charm, but also the difficulty with the EU: because of all those different languages ​​and cultures, the same words do not always mean the same. We French love to talk about puissance, sovereignty, strategic autonomy: this means that we must be able to defend and promote our interests and values. But in any case, everyone has moved to the idea that Europe must be a stronger global player. ‘

How do we make the wish a reality? It took six weeks to issue sanctions against 40 persons in Belarus.

‘We are making progress, but it can and must be done faster. It’s not so much about procedures, but about whether we have the will to respond to international crises when our interests are at stake. ‘

Sometimes France also seems to stand in the way of a European foreign policy, with its own course towards Turkey, Libya, Russia.

‘I know that perception exists, and we have to work on it. But sometimes the French believe the opposite: that we do a lot for European security, as in Africa, and do it a little on our own – although that changes. So more European action is needed and France needs to Europeanise its actions more. We’re not doing it perfectly, but President Macron has shown that he wants to. We had a demanding line with Turkey, but we placed our action in a European framework.

‘But then we also have to be able to take decisions more quickly. If it takes months each time, no country, including France, will have confidence in that European process. ‘

The poisoning of Alexei Navalny and the events in Belarus require a European answer. Don’t you think Putin will uncork the champagne if he sees that it will only be some sanctions against people?

‘To be credible, we have to reduce our dependence. President Erdogan and Putin could laugh at us if we do nothing to demonstrate our independence from these countries – in terms of energy, migration, security. But we cannot ignore them, they are our neighbors. We have ties, but they should not end in dependence. And when it comes to energy, we are too dependent on Russia. That’s why we had strong reservations about the Nordstream pipeline. ‘

There is good defense cooperation between the Netherlands and France, but there is suspicion in political The Hague against the bid by the French Naval to supply submarines – a billions order. How are you going to remove that mistrust?

(Laughs.) ‘I will not comment on this, it is a sensitive issue. I can only say that I think we have a very good offer and we will try to show that. ‘

Everyone recognizes that European defense policy can be more effective, but countries do not just give up their national habits.

‘You also have traditions across Europe such as the too automatic use of American equipment. We have to change that gradually. There is no autonomy without its own capacity. That requires more collaboration. For example, we are going to build the tank and fighter plane of the future with Germany. ‘

According to a recent poll, more than 70 percent of the Dutch would like more cooperation with France and Germany, so …

(Laughs) ‘That is also evident from my conversations here. It’s not an exaggeration. There is a strong dynamic in the collaboration. This also goes deeper into our societies. We are getting to know each other better, even though we have been in the same club for 70 years. Now we have to make it happen. As we say in France: Il n’y a pas d’amour, il n’y a que des preuves d’amour. There is no love, only tokens of love. ‘