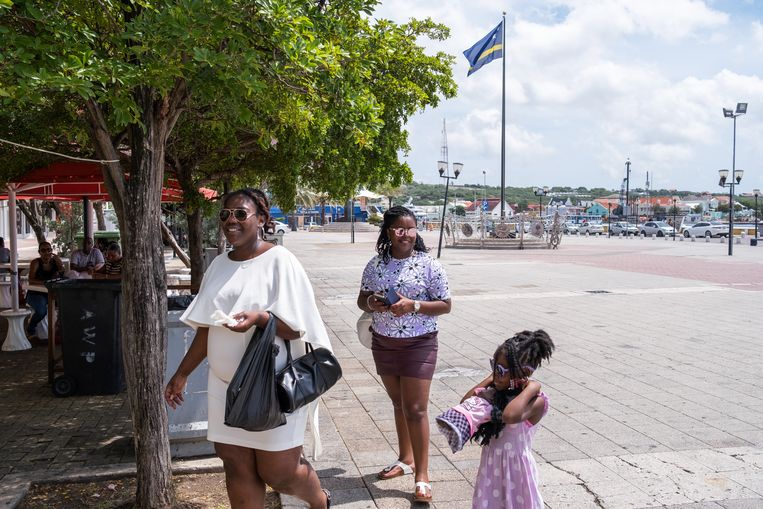 For ten years, Curaçao and Sint Maarten have now been autonomous countries within the Kingdom of the Netherlands. The hope that came with that change is gone. Crises and administrative chaos have gripped the islands. Is it okay now?

Ten years of gloom, with a ray of hope at the end. That is the balance, now that Saturday it is commemorated that ten years ago the Kingdom of the Netherlands amended its statute and made space for Curaçao and Sint Maarten as two new autonomous countries (next to the Netherlands and Aruba), and for Saba, Bonaire and Sint Eustatius as’ special Dutch municipalities’.

The fact that ’10-10-10 ‘would not lead to big parties and parties is not only the fault of covid-19. It was clear on both sides of the Atlantic that hardly anyone is happy with the new shape of the kingdom, although Bonaire and Saba are the only islands that are doing better than ten years ago.

“They’re no good without each other, they are no good together.” This old expression characterizes the relationship between the European Netherlands and, about eight thousand kilometers away, the Caribbean parts of the country. Indonesia took its independence, Suriname chose it in 1975. But the six small islands, despite all the quarrels, still want to stay within the kingdom.

“The countries must organize their governments properly, collect taxes, cut the sometimes insane salaries in the public sector and ensure that the strong shoulders bear the heaviest burdens.” These words seem to reflect the dedication of ten years ago. In reality, they appear to have been spoken this week by CDA State Secretary Raymond Knops of Kingdom Relations, in an interview on the website of de Volkskrant. It still has to happen.

Because the three autonomous Caribbean countries are in a deep socio-economic crisis. Anyone who wants to know more about how this came about, in the run-up to and the complications since 10-10-10, can read the stories of fifty people involved in the book Kingdom on Eggs, which is free for everyone to download from Saturday. The book, compiled by emeritus professor Joop van den Berg and journalist René Zwart, provides historical insights into the Dutch Caribbean cuisine.

It is not a pretty sight. On the Dutch side, disinterest often turns out to be the negative starting point. On the Caribbean side, in the very young countries (with the exception of Aruba, because it was given its ‘separate status’ in 1986), there is much political and administrative incompetence, exacerbated by the influence of a partly corrupt elite. The countries, Knops concluded months ago, ‘cannot bear their autonomy’.

For that reason, and because corona has brought the already unstable (tourism) economies to a standstill, the Netherlands chose to force the three countries to accept a so-called Caribbean reform entity, led by and largely from The Hague for the next six years. With hundreds of millions in soft Dutch loans, it is intended to modernize the Caribbean governments, but also to tackle education and health care and to enable sustainable economic investments.

“The situation is really dramatic,” Knops told this newspaper. For months, the three Caribbean countries refused to agree to the Dutch proposal. But Curaçao has already crossed the bridge first and Sint Maarten and Aruba must follow. The Curaçao government says it has safeguarded its own autonomy with amendments to the Dutch proposal. To which Knops adds: “Although help from the Netherlands will always be needed.”

The three autonomous Caribbean islands are almost entirely responsible for establishing and enforcing their laws. They only cooperate with the four other countries in the field of Foreign Affairs and Defense. In addition, the Netherlands, through the Council of Ministers of State, has a duty to supervise ‘good governance’, the democratic legal order, and responsible financial management.

In principle, the entire legislation in force in the European Netherlands applies in the three ‘special municipalities’, including in the field of abortion, euthanasia and gay marriage. There are, however, a few notable exceptions, which lead to much dissatisfaction on the islands. For example, Caribbean Dutch can count on less assistance.