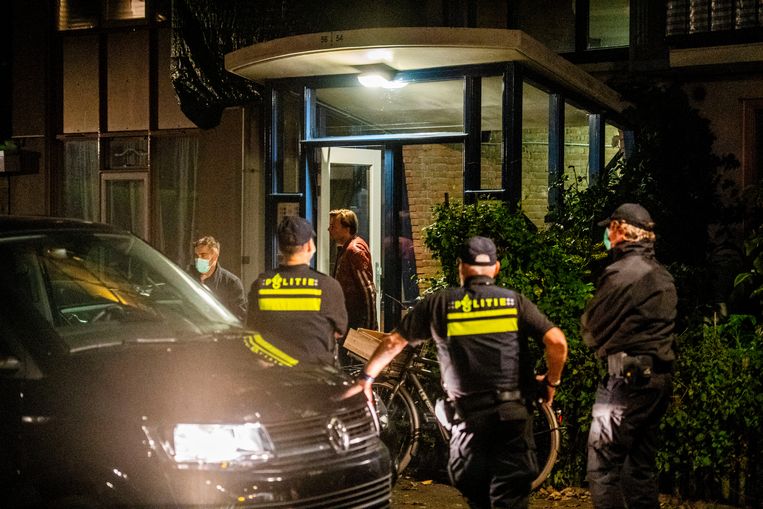 The six, between 23 and 36 years old, were arrested in September 2018 near a holiday park in Weert, where they had been given deactivated weapons by a police infiltrator.

According to the court, this is a very serious case in which the suspects ‘wanted to hit both the civilian population and the police in the Netherlands with a bloody attack’ with many victims. “Thanks to timely intervention by the Dutch government services, they were unable to implement their plans,” the court said.

The longest sentence is for Hardi N. (36), the leader of the terror group. The Iraqi Kurd, who ended up in the Netherlands at the age of 14, gathered around him a mixed group of young men who know each other from the neighborhood, from school and from the mosque. One a drug-using petty thief, until he discovered his faith, the other a former counselor at youth care institution Hoenderloo Groep.

Waïl el-A., Who, according to the Public Prosecution Service, wanted to shoot at officers with his deactivated weapon during the arrest, will receive a sentence of thirteen years, seven years less than required. According to the judge, it cannot be demonstrated that he actually aimed his weapon at members of the Special Interventions Service (DSI) when he pulled the trigger. Therefore attempted homicide cannot be proven.

Nabil B. and Morat M. were also sentenced to thirteen years. Shevan A. and Nadim S. have to spend ten years in prison.

Several suspects previously tried to travel to the Middle East, but none of them succeeded. Instead, they let themselves be carried away by Hardi N. in the plan for a terrorist attack in the Netherlands. She is heavily blamed for the latter.

Main suspect Hardi N. has always stated that he was provoked by infiltrators of the AIVD, who would have mentally prepared him to use violence. Those talks started about three years before his arrest. When his plans began to take concrete form, the AIVD sent an official message to the police and a police undercover officer contacted N.

Although it cannot be proven that online infiltrators of the AIVD were involved, the judge does assume that. However, there would have been no incitement. ‘After all, AIVD employees are not prohibited from encouraging a person to commit certain acts, provided that this does not incite them to commit criminal acts on which their intent was not already aimed’, according to the judge. “The latter has not been shown.”

Reduced sentence due to error AIVD

Nevertheless, the AIVD infiltrators have made mistakes, says the judge. After ‘handing over’ Hardi N. to the police undercover officer, they ‘continued to engage in the background’ and appear to have influenced him in holding on to a particular target for an attack, including at times when Hardi N. err or seemed to need more time, ‘said the judge.

According to the judge, the fact that the AIVD officers interfered with the criminal investigation from the sidelines. ‘While the police infiltration route can be checked according to statutory rules and standards, this – simultaneous – involvement by the AIVD in the same investigation / infiltration was not. In the court’s opinion, such a form of non-verifiable and non-transparent interference jeopardizes the guarantee of a fair trial.

According to the court, the mistakes of the AIVD are not serious enough for the inadmissibility of the Public Prosecution Service, which the defense hoped for. Hardi N. does receive a one-year reduced sentence.

How did the Arnhem group come to plan an attack?

Main suspect Hardi N. of the Arnhem group managed to convince the probation service that he had been deradicalised, while in the meantime he was making plans for an attack on a festival. How could it come to this? A reconstruction based on the criminal case in the Rotterdam court.

In defense, Hardi N. has always said that he was provoked in his attack plans by infiltrators of the AIVD. Can such a thing be proven at all?