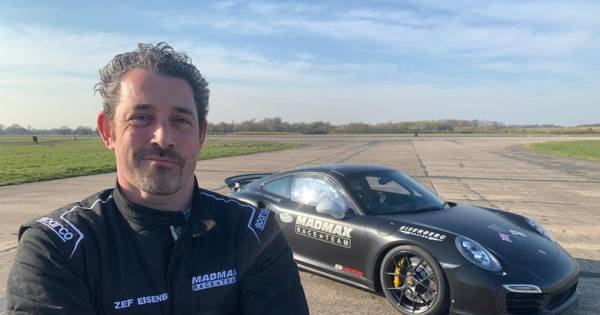 The accident happened at Elvington Airfield near the British city of York. Eisenberg was a self-proclaimed ‘speed freak’ and had about 50 British and world speed records to his name according to local media, including an entry in the Guinness Book of Records.

The speed record that Eisenberg wanted to break currently stands at 334 kilometers per hour and was already set in 1970 by driver Tony Densham, writes Daily Mail. According to an airport guard, Eisenberg was killed when his specially modified Porsche 911 turbo with a 1200 hp engine hit the runway and capsized. As you can see from the photos, the car was specially adapted to include a brake chute.

Eisenberg, a former bodybuilder and founder of sports nutrition company Maximuscle, previously presented the program Speed ​​Freaks. The daredevil experienced another near-fatal crash in 2016 during a record attempt at 370 kilometers per hour on a jet-powered motorcycle at Elvington Airfield. It is not known whether he broke the speed record.