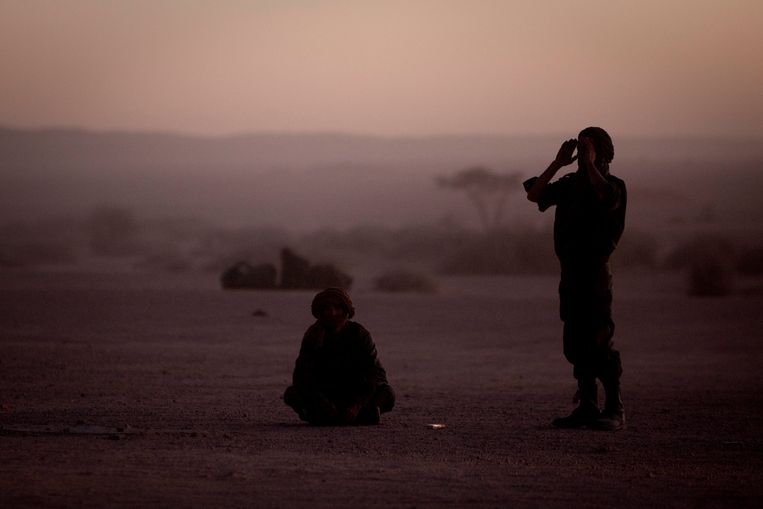 Polisario wants to establish an independent state in Western Sahara, an area that Morocco annexed in 1975 when the Spanish colonizer withdrew from it. The inhabitants have always opposed that annexation, but a truce was reached in 1991 after mediation by the United Nations.

Last Friday, Moroccan troops entered an area where Polisario is located to clear a road blocked by supporters of the movement. Polisario saw that as a declaration of war: Brahim Ghali, the leader of Polisario, said the armed struggle would resume to “defend the legitimate rights of our people.” He pledged to mobilize “thousands of volunteers” to assist his fighters in fighting along the 1,700-mile Moroccan line of defense in the desert.

The Moroccan government says it wants to keep to the file. According to the Moroccan news agency MAP, the army responds to ‘provocative’ shelling of Polisario militias, but no casualties have been reported. Polisario reports that there has been ‘intensive’ fighting in the area since Sunday.

The Saharans want complete control of an area now roughly 80 percent controlled by Morocco, including the phosphate and oil deposits that lie beneath the thousands of miles of sand, and the rich fishing grounds where the ocean borders the area. In 1991 it was decided that a referendum on the future of Western Sahara would be held. That still has not happened because the two parties cannot decide who can participate in this referendum. Rabat demands that the Moroccan settlers living in the area can also vote. Polisario and neighboring Algeria, where thousands of Saharans have lived in tent camps for decades, are strongly against this.

Negotiations between the two sides continue to stall, and were halted altogether in 2019 after the UN Special Envoy withdrew for health reasons. Observers now fear that terrorist groups will gain a foothold in the area, further undermining stability. The United Nations, the African Union and several countries in the Middle East have expressed concern at the fighting in recent days. UN Secretary General António Guterres said on Friday that he is “determined” to “remove all obstacles and resume the political process.”