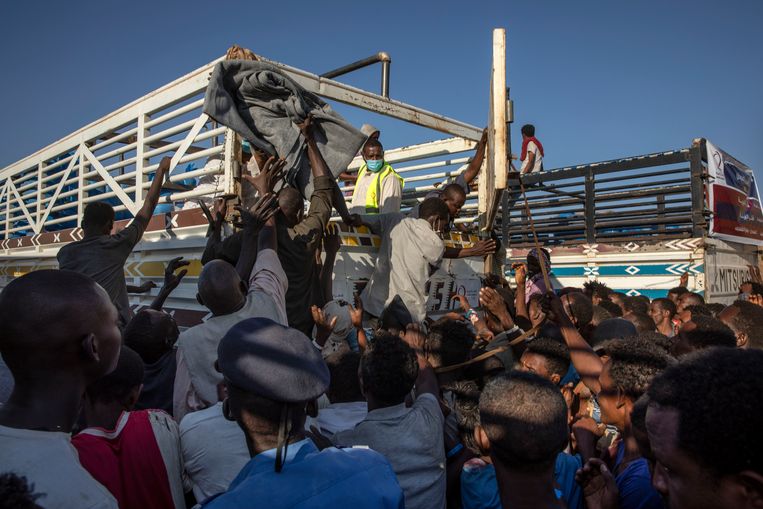 The extremely tense situation at Mekelle follows three weeks of armed conflict in less densely populated parts of Tigray. The government of Ethiopian Prime Minister Abiy Ahmed launched an offensive on November 4 in the northern area, which, according to Abiy, is an ‘illegal’, rebellious sub-government.

On Sunday evening, Abiy gave the board, which has its headquarters in Mekelle, another 72 hours to surrender. The army command of Abiy warned residents of Mekelle that they should expect ‘no mercy’ if they do not leave in time.

The Tigray leader, in turn, says that the people in his heavily armed region are “ready to die.” According to this leader, Debretsion Gebremichael, Ethiopia’s central government is guilty of a witch-hunt for the residents of Tigray, who make up about 6 percent of the more than 100 million Ethiopians. But probably not all residents of Tigray feel like being involved in a bloody battle by their regional government, which consists of hardened ex-rebels.

In an effort to prevent a massacre, UN human rights envoy Michelle Bachelet warned both sides on Tuesday: according to Bachelet, both the government army and the Tigrese top risk being guilty of war crimes if there is a real battle around the civilians in Mekelle. breaks out. Much concern has been expressed internationally about the possible attack on the city.

The fighting in Tigray in recent weeks has likely claimed hundreds of lives, although it is difficult to obtain neutral information. Telephony and internet have been partly shut down. Reports mainly come from the warring parties themselves. The Ethiopian Human Rights Commission – a government body – said Tuesday that Tigrese militants killed as many as 600 non-Tigreans two weeks ago in a mass revenge exercise in a town called Mai Kadra, in Tigray. The Tigray board has repeatedly stated that it is not responsible for killings.

More and more civilians are trying to get out of the conflict area, more than 40,000 refugees have now crossed the border into Sudan from Tigray. Emergency workers warn of a shortage of shelter places. More refugees are expected in the coming days and weeks.

The war in the Ethiopian province of Tigray shows the tension between the desire for a united state and the reality of a multi-ethnic federation. How did the current conflict arise?