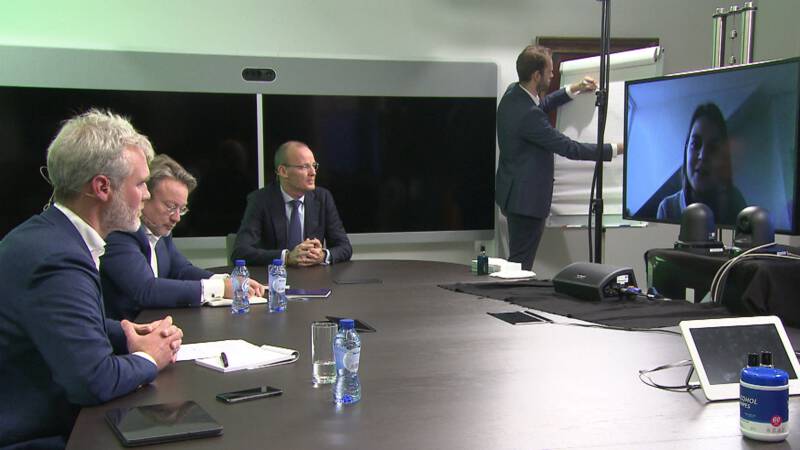 He had to look twice when he received the invitation, but it was really there: the request to the student union LSVB to meet with the central bank. That doesn’t happen often, says chairman Lyle Muns, he can’t even remember it ever happened.

Throughout Europe, the European Central Bank, through national central banks such as De Nederlandsche Bank, organizes discussions with citizens and representatives of civil society organizations such as Muns. This week it was in the Netherlands.

“The purpose of the session is to incorporate the views of our main stakeholders: we make monetary policy for the 330 million inhabitants of the euro area,” explains DNB president Klaas Knot.

Next year, for the first time since 2003, the central bank will decide whether and how the strategy behind that policy should be adjusted. And this time it wants to directly involve the concerns of citizens and society.

So far, the ECB’s strategy has focused on one key goal: to keep the value of the euro stable, with inflation at or just under 2 percent per year. In practice, however, this hardly succeeds, despite the interest rate cuts and the billions that the ECB is printing and putting into the economy.

In the meantime there are concerns about the side effects of that policy. The central banks want to hear these concerns, but a discussion about them remains complicated during the session.

“What would you do if you were in Klaas Knot’s chair?” Does the moderator want to know about the invitees. “What can the central bank do?” is the question he gets back.

“The more money that continues to be printed by the ECB, the longer house prices will continue to rise”, says Ton van de Wolfshaar, invited to join the conversation as a ‘ordinary citizen’. Various social organizations also point to rising house prices. The central bank then asks for a suggestion for what it can do about it, and that turns out to be difficult.

There are also concerns about the effects of the policy on future generations. “At the moment we are taking on a lot of debt at a low interest rate,” says Muns when it is his turn on behalf of the students. “What will happen if interest rates go up in the future?”

Companies that do not help Europe to achieve the Paris climate goals, because they use a lot of fossil fuels or cause large-scale deforestation, should not be helped by the ECB’s buy-back program, says Anna Schoemakers, co-director of Greenpeace.

The central bank is currently investigating how it can take the climate change problem into account in policy, says Isabel Schnabel, member of the ECB’s executive board. She does, however, suggest whether it is not also up to governments to tackle this, for example through a CO2 tax.

Knot understands the concerns, he says after the session. He will transfer them to the ECB on behalf of the Netherlands.

The ECB will not change the mandate of ensuring stable prices next year. This is laid down in EU treaties. Yet there are things that the central bank can adjust, which, according to Knot, we can also notice in the Netherlands.

“By revising the strategy, we can see whether we can achieve our goal in a different way, with fewer side effects,” says the DNB president. The classic buttons that the central bank in Europe can turn are interest rates, and the amount of bonds being bought (how much money is being pumped into the economy).

The ECB could also take a more rigorous step and adjust its inflation target. If we do not have to reach or just below 2 percent, the central bank will have to turn those knobs less and there may also be fewer complaints in society about low interest rates and high debts.

And then there is a subtler way in which the central bank can change tack: it can make the timeframe by which it wants to meet its inflation target more flexible. That is an option that, for example, Schnabel of the ECB himself suggested earlier this year.

That too could potentially lead to fewer side effects. If there is less of a hurry to boost inflation now, there may also be less need for action.

What the talks ultimately change about central bank policy will become clear next year. In any case, the ECB intends to hold these sessions with citizens and civil society organizations more often from now on.