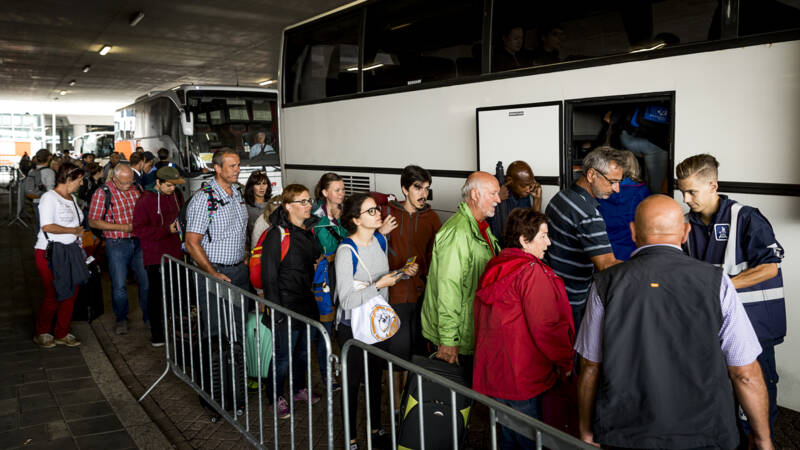 A man who arranged replacement buses when NS trains failed, together with bus companies, collected money from the NS for buses that were not used. De Telegraaf reports this on the basis of FIOD files.

The 69-year-old man, S., will soon be on trial. He had a zero-hour contract with a coach company that was the main contractor for 12 other bus companies. He has since been fired.

“If, for example, twenty buses were requested by NS and I could arrange fifteen, then I told the bus company that it had to write down seventeen. So two extra”, he confessed to the FIOD at the end of last year, according to the files. The Dutch Railways did not count the buses, but paid the bills.

S. and the bus company shared the proceeds from the ‘ghost buses’. Most coach companies have now reached a settlement with the Public Prosecution Service or are negotiating, the newspaper writes.

The son of S., who, according to De Telegraaf at the time, worked for the police, must also appear in court. He would have collected some of the money in cash. In total, S. and his son would have received almost 100,000 euros for the buses that were not used in three years.

The Dutch Railways says that the buses were not counted at the time. “That went wrong. But our people were busy helping travelers,” said a spokesman. “We were happy that more buses were running than previously stated.”

The company now works in a different way. “Drivers have to check in buses in a track & trace system. Now it is verifiable.”