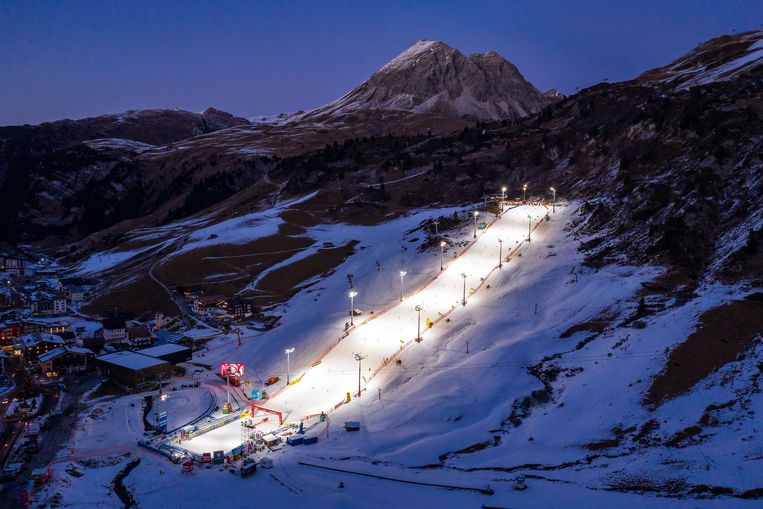 If there is a bit of skiing at the end of the 2020/2021 winter sports season, it will be ‘reduced to the essentials: namely just skiing’. That says Frank Oostdam, chairman of the travel industry association ANVR. No après-ski, no restaurants full of steaming cutlets, no half liters of Stiegl along the slopes. Up, down, and back to your house.

Because without all those fringe activities, winter sports are pre-eminently corona-proof, enthusiasts say: if you do go on holiday, then do it from head to toe with glasses and a scarf on. When vacationers wear face masks and respect distance standards, and ski lifts maintain maximum numbers of passengers, skiing and snowboarding is considerably safer than lying on a beach with a thousand men.

Ask the travel industry, and a vaccine is the great hope for salvation – as it should become the salvation of any industry. But before the vaccine is available, and sufficiently rolled out on European beaches and slopes, we will be over the next summer vacation. So the travel industry, in which many companies find themselves on the brink of collapse after eight months of almost total standstill, is eagerly looking for a way to get people back on the road and on the planes.

First contender: the winter sports season that will soon start. According to France and Italy, we can forget about skiing around Christmas, but Austria and Switzerland – to the dismay of the other two – think differently. German Chancellor Merkel would prefer to see the European countries jointly decide to close all ski areas. Merkel: ‘We are going to commit ourselves to this in Brussels’. France and Italy support this, if only to prevent tourists from traveling to other ski areas that are open.

The Dutch ANVR chairman received support on Wednesday from the German State Secretary responsible for tourism, Thomas Bareiss: a ski ban is not necessary if the government creates the right conditions, he believes. After all, the tourism industry in Germany is also full of water. “We will have to take extra measures,” said the secretary of state. ‘Such as a limited number of ski passes, fewer people in the gondola, extra distance measures. But I’m sure skiing is possible this winter. ‘

Asking passengers to present a ‘vaccine certificate’ before catching the plane, as the Australian airline Qantas wants to do when vaccinations are available, is fun, but according to the travel industry, for now, is a future game. Oostdam insists on testing, testing, testing on behalf of the travel industry, even without symptoms. This will be possible from 1 December, and Oostdam sees an opportunity for a cautious restart of tourism.

“We are all in favor of travel companies and airlines to require customers to submit a negative test for Covid-19,” says Oostdam. ‘The government must make this possible for travelers, so that they can travel with a health passport, for example. We are all used to having to take off our belts and shoes at an airport, we can also get used to this. ‘

Oostdam sees three pillars under a limited resumption of holiday travel, at least as soon as the infections decrease to such an extent that orange makes way for yellow again here and there. In addition to testing, he hopes for a joint EU policy. EU countries could agree on the same standards to enable travel. For example: citizens from countries where the cumulative number of infections per 100 thousand inhabitants over the past fourteen days is less than 50 are allowed to travel freely through the EU. Now countries have their own thresholds, quarantine rules and travel advice based on them.

‘That makes it a huge mess,’ says Oostdam. Brussels itself also advises better coordination of travel advice. There is a great need in the travel industry for a single European criterion that determines the color of the travel advice. ‘

Finally, travelers should realize that protocols also apply on holiday, just like at home. Closed catering, mandatory masks, distance from others: for the time being it is also the new normal during adult playtime.

If all of this makes travel possible again, it would not only be good news for winter sports enthusiasts and for the travel industry and related industries, with aviation at number one, says Oostdam. It would also be good news for the taxpayer. ‘At the moment, the entire travel industry is linked to the NOW schemes. The government continues to pay wages, and a lot more money needs to be added if we have to stand still until next summer.

And, Oostdam points out delicately: winter sports are ideal as a small-scale activity. People are not on full planes, buses or resorts, but go with their own cars and sleep in their own chalets.

Nevertheless, virologist Ab Osterhaus sweeps the idea of ​​the art and flying work holiday to the edge of the table. ‘If we start testing on that scale, it will largely be rapid tests and they are only 80 percent reliable. Moreover, such a test is a snapshot. If you then board the plane and sit next to someone who was infected after his test, you yourself will infect others four or five days later. Do we have to test every day at the ski lift?

‘Infections come from travel movements, through mutual contact. If you really only go from top to bottom on such a mountain, the number of infections will not be too bad. But you also have to go there, with friends in the car together, right? I’m not a skier myself, but my understanding is that a lot of the fun is in après-ski and everything else around it, so I wonder how much fun it is without it. Wouldn’t it be better to wait another year? ‘