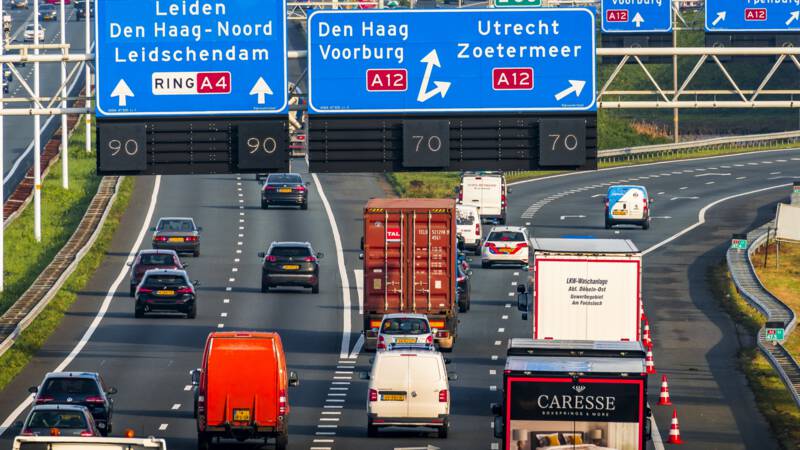 In the week of March 30, during the first wave, the decline was much greater. At that time 83 million kilometers were driven, against 147.2 million normal. That is a decrease of almost 45 percent. Last week, that decrease was only 6.3 percent.

Yet there are also differences with the old normal. For example, it is remarkably much quieter during rush hour. “People now move more at different times of the day,” says De Vries.

Other companies that collect a lot of transport data also report that it is busier. According to TomTom, it is noticeably busier in sixteen major cities than in the first corona wave. And Google, which knows exactly where many users are, sees that people are less often at home than in the first wave.

The traffic on the road does not yet translate into large-scale traffic jams. “It is noticeably quieter during rush hour,” says Arnoud Broekhuis of ANWB Traffic.

In September, that organization saw an increase in the number of traffic jams, but that has now decreased again. “Except in Rotterdam, which is really a production city where many people cannot work from home.”

The increase in car traffic can also be caused by public transport avoiders and trucks. Flitsmeister also thinks that many people took the car abroad in the summer, instead of the plane.

Yesterday, on Black Friday, Rotterdam and Amsterdam warned against crowds in the inner cities. This may be an exception: although it was busier in the city centers in recent weeks than in the first wave, it was still much quieter than usual. This is evident from information from location company Locatus.

“It’s still super quiet,” said a company spokesperson. “In the meantime, our sense of busyness has also changed: if it is a bit busy somewhere, we already think that is a lot. While it is actually still very quiet.”

Figures on Black Friday will also be released later today. In the coming weeks it should become clear whether it will indeed remain relatively quiet in the shopping streets, or whether it will still be busy in the run-up to Sinterklaas and the holidays.