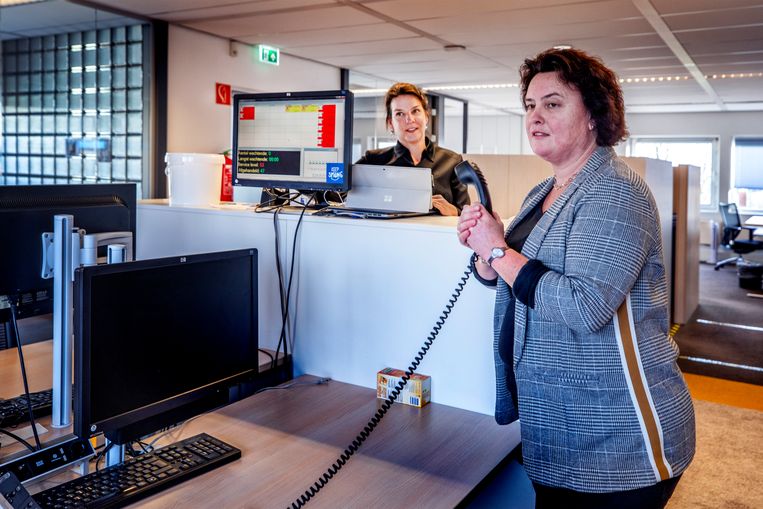 The most common complaint to the helpdesk at the head office in Woerden? ‘The financial compensation is insufficient and comes too late’, says Karin Goosens, coordinator of the service and advice team.

The catering entrepreneurs have reached the bottom of the pit now that their businesses have closed again due to the corona virus. ‘There is now 3.5 to 4 billion of their own money in the companies,’ says Simone van Laar, regional manager of the Central Netherlands for KHN. ‘The bankruptcies are still not happening, because everyone puts their last cents and even the pension money in their café or restaurant.’

Emotions run high in the hospitality sector, the employees of the KHN helpdesk are confronted with aggression. ‘The atmosphere is sometimes grim’, says Goosens. ‘People want to spit their bile and take their dissatisfaction out on us. I was recently addressed three times in a row in a tone that the dogs don’t like bread. You feel the stress with those entrepreneurs. We draw a line somewhere. You can say anything, but don’t swear. ‘

The helpdesk even gets entrepreneurs on the line who think about suicide. Because they can only assist their clients from a distance, the employees are specially trained on signals from people who are no longer interested in life. Goosens has already called the emergency number 113 for suicide prevention for desperate entrepreneurs a few times.

‘There are not ten a week. But I’ve had such an intense conversation a few times. Recently someone said: I will drive into a tree, at least my wife still has the life insurance. Certainly with starters who cannot claim the NOW scheme, we encounter people who no longer know what to do. They see their future ruined. We certainly give that group extra aftercare. ‘

Normally, the helpdesk has to process a hundred questions a day, in corona time there are certainly about a thousand after government press conferences. Goosens: ‘When the catering industry had to close within half an hour at the first lockdown, the telephones exploded here. It was really insane. Now I sometimes sense resignation. ‘

Van Laar can set the clock at the press conferences of Prime Minister Rutte and Minister De Jonge. ‘Then the messages start streaming in on WhatsApp from two minutes past seven.’

Clear advice is hardly possible. In corona time, Goosens mainly has to answer the ‘glass ball questions’. ‘When will we open again, what should I do now? What will we do with mouth masks and mudguards? Nobody knows. We outline various scenarios for survival. And ultimately the risk lies with the entrepreneur himself, no matter how harsh it may sound. We want to highlight several sides, so that they can make a choice more easily. ‘

Entrepreneurs are also at risk of being strangled in a patchwork of aid measures. Staccato translates Goosens the main complaints. Should owners apply for the third aid package (NOW 3), while the correction on the first distribution is yet to come?

Payments are not running smoothly, especially the TVL (Fixed Cost Allowance). The counter in The Hague has not yet been opened for other compensations. The entrepreneurs will not receive any money before January. Goosens: ‘And so they have to advance, because the staff and the rent have to be paid.’

How attractive is the new time-out scheme, as a result of which entrepreneurs put their company into ‘hibernation’ and reopen it after the corona crisis? Van Laar: ‘It is a godsend for companies that have been closed for months.’

Goosens: ‘But when will this arrangement come about? What does hibernation involve? The entrepreneurs benefit from clarity. It’s so sketchy. Here too, owners must be able to afford it. There are several schemes on paper, but they do not yet lead to relief. As long as the entrepreneurs do not receive money, they will be inclined to lay off their staff. The buffer is gone during the second lockdown. We see an enormous demand for advice on dismissal routes, while the staff is also your capital. ‘

The support packages also have an indirect effect, according to Goosens. ‘Tenants say to entrepreneurs: you get a scheme, right? Then I will not give you a discount on the rent. And even in the event of a delay, the owners cannot pay the rent due to a lack of income. Payroll companies that do not receive NOW also send their invoices; that’s how it piles up. Van Laar: ‘Suppliers were still lenient at the first lockdown, but now they too are in trouble.

The catering bosses have to compete with the image that they have made up for everything in the summer. Van Laar: ‘Of course that is not the case, because they already spent a lot of money during the first lockdown and made payment arrangements. The wage tax will now be suspended until June 2022, but the catering industry will need more time to clear the overdue bills. ‘

There is also a lot of invisible suffering in the sector, says Goosens. ‘Companies are now being sold after entrepreneurs have invested their entire pension. That way they don’t get anything from it. ‘

The helpdesk struggles with diabolical dilemmas, as long as the dot is missing from the horizon. ‘That’s the most frustrating thing about this lockdown,’ says Van Laar. ‘The feeling prevails that politicians in The Hague can easily get over the concerns of the catering entrepreneurs. Every day, entrepreneurs send me photos of Ikea, Efteling or overcrowded garden centers. Why are they open and we are not? The lack of clarity is killing. ‘