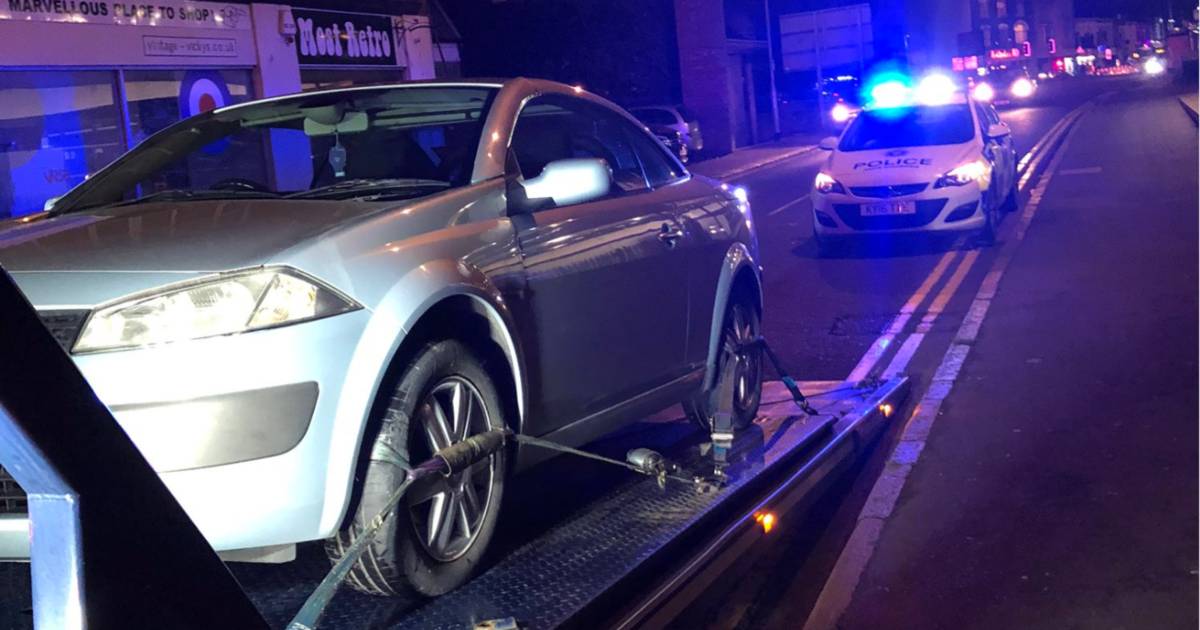 From a tweet from the police (the Northampton Special Constables Team) It turns out that one of their cars was almost hit head-on by the driver of a Renault Mégane. The officers then arrested the driver of the car, after which he said he had just bought the uninsured vehicle a minute ago. As he pulled off the lot where he had bought the car, he almost rammed the officers.

Police soon found this story to be true, but showed little sympathy for the driver. They had the car towed and even though this seems a bit harsh, they had the right to their side. Driving without insurance is a big problem in Great Britain. In fact, according to Fox News, it is the most common traffic violation.

Coincidentally, a major operation was just underway to get uninsured motorists off the road. In just four weeks, the operation resulted in 19 arrests and 64 vehicle seizures. The offenders will be fined € 334 plus six penalty points on their driver’s license. The police also have the right to seize and in some cases destroy an uninsured vehicle.

Watch our trending news videos in the playlist below: