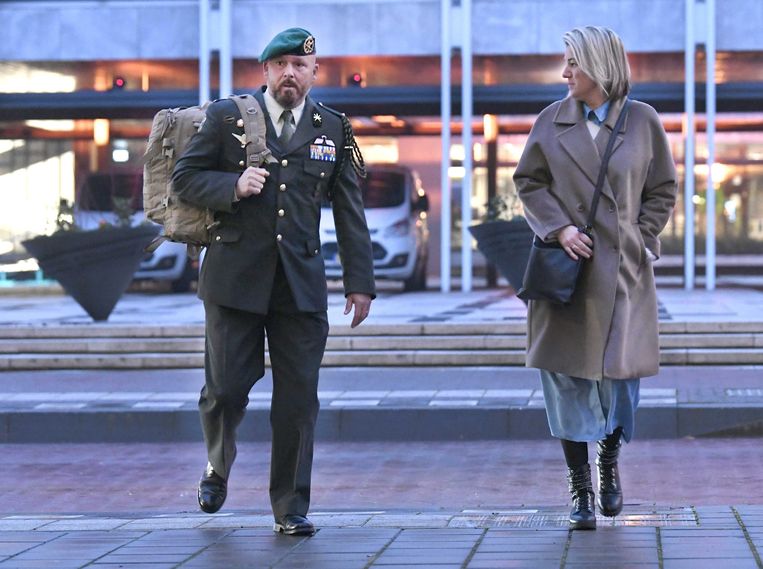 Kroon is on trial for urinating in public, headbutted a cop and violation of honor by showing his naked genitals. Kroon started the session at the court by reading a personal statement. He had put that on paper because he is emotionally on his ‘tax’.

“I think I was wrongly convicted of assault and violation,” said Kroon. He also said he was sorry it turned out like this. “I deeply regret the incident and the aftermath.”

Kroon believes that he should partly put his hand in his own bosom. He has a bladder problem. ‘I was certainly not an example. I certainly blame myself for things. I may never have left home, but I’m just human. With black humor. And I also make mistakes. ‘

“The lack of an exemplary function has already been severely punished by Defense,” said Kroon, who was suspended for more than a year and received a report in his personnel file. ‘My reputation inside and outside Defense has been forever damaged. I certainly should have done it differently. I wish I could turn it back, but unfortunately that is not possible. ‘

Kroon denies that he headbutted an officer during his arrest. “I would never knowingly touch an officer. I see them as a colleague. My sympathy and respect for the police is great, “Kroon said to the chairman of the military chamber.

In an earlier statement, Kroon said that during his arrest, when his hands were handcuffed behind his back, he threw his head back in ‘a pain reflex’. That’s how he would have hit the cop. “I can’t imagine you explaining the movement as headbutt,” says Kroon about it now. The court ruled otherwise.

That he is on record as a sex offender hurts him. ‘A sex offense is the lowest there is in military circles. I cannot accept this. I’m going to break this. I’m not leaving the house either, because I’m so embarrassed. ‘

Kroon took the frog suit he wore during carnival to court. He wants to show that it would not be possible for the officer to see his genitals. He had previously admitted that his dick may have been visible, but he hadn’t waved it in the cop’s direction.

Exactly a year ago, Major Marco Kroon was sentenced by the military court in Arnhem to a community service of 100 hours for assaulting an agent and violating indecentness. Crown’s lawyer, Geert-Jan Knoops, said in a response that he was ‘baffled’ about the verdict and that he would appeal.

Kroon (47) has been discredited for some time, especially after his statement that he was held hostage in Afhanistan, abused and later killed his hostage-taker. Does the decorated war hero suffer from post-traumatic stress disorder as a result of everything he has been through? There are as yet no answers, noted de Volkskrant in a reconstruction in 2018. But not a shred of evidence has been found for his claims.

The military chamber of the court in Arnhem acquitted Captain Marco Kroon, carrier of the Military Order of William, of possession of drugs in 2011. Kroon does, however, receive a fine of 750 euros plus a conditional community service for possession of weapons.