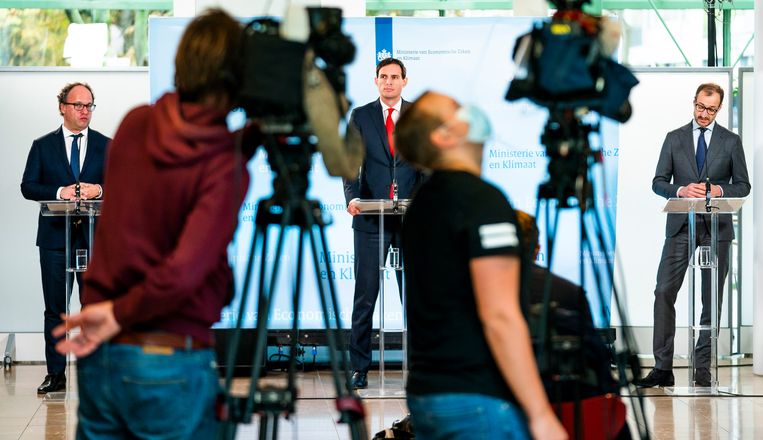 Since mid-March, the cabinet has allocated billions to support companies that have run into problems due to the corona measures. Those government schemes are designed to keep businesses afloat and maintain employment. For example, entrepreneurs who suffer at least 20 percent loss of turnover for a period of three months can receive a subsidy through the temporary Emergency Measure Bridging Employment (NOW) to continue paying wages. Their revenue loss is calculated by comparing current revenue with the 2019 average quarterly revenue.

Payroll companies, which employ people to ‘lend’ them to other companies, already suffered a loss of turnover around the turn of the year. This is due to the Balanced Labor Market Act (Wab), which took effect on 1 January. The Wab prescribes that payrollers must receive the same terms of employment – such as wages and pension – as employees who are employed by the hiring company. This made payrolls less attractive.

There are no separate figures for payroll companies, but for the entire temporary employment sector turnover was already 12 percent lower in January than in that period last year, according to figures from the General Bond Temporary Employment Companies (ABU). The trade association also says it is receiving signals that the Wab had more influence on turnover than the corona crisis. Companies were able to increase this loss of turnover this spring when applying for corona support. After all, the higher, average quarterly turnover in 2019 serves as a comparison.

PvdA MP Gijs van Dijk is bitter about the state of affairs. He has heard about a payroll company that would have ‘raked in’ more than 20 million euros in NOW aid in this way. ‘In the corona crisis, companies have been supported with billions of taxpayers’ money to keep as many people as possible in work. Now it appears that there is a loophole in the scheme that malicious companies are using. Minister Koolmees has made a moral appeal not to abuse the scheme. Now that seems to be happening anyway, by companies we have tackled with the Wab. That affects confidence. I want the minister to take action as soon as possible. ‘

The creative use of the support scheme is at odds with its intention. The allowance for wage costs is for ‘extraordinary circumstances’ that cannot be counted as part of the normal business risk. The loss of revenue that payroll companies suffer due to a change in the law does fall under that risk.

At the announcement of the multi-billion dollar scheme Minister Koolmees acknowledged that it is susceptible to fraud. In order to be able to set up the scheme within three weeks, a process that normally takes one and a half years, speed was put above carefulness. Any additional condition would take extra time. The applications will be tested after payment.

Obviously, more entrepreneurs could receive unintended support as a result. Statistics Netherlands recorded the lowest number of bankruptcies in 21 years this fall, a sign that companies that would have collapsed under normal circumstances are now benefiting from the corona support. Part of this will be lost in NOW’s final settlement, but UWV director Janet Helder warned in de Volkskrant that “surely something will slip away.”

The NOW scheme has been allocated EUR 12.4 billion so far. At its peak, 140,000 employers depended on it, including at least 150 payroll companies recognizable as such, receiving tens of millions in total. For example, the Tilburg Kolibrie Payrolling received 17.7 million and Persoonality 9.2 million. It is of course not said that these companies are guilty of the creative use.