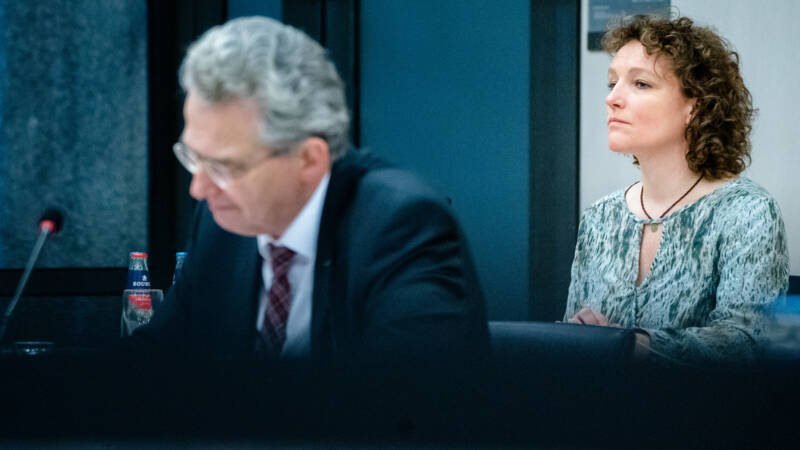 The House of Representatives feels put on hold with the Brexit deal that the United Kingdom and the EU have concluded. As a national parliament, the House actually has nothing to say about the trade agreement that was concluded on Christmas Eve. Instead, the European Parliament must agree.

Yet today, during the Christmas recess, the House of Representatives spoke about the deal of more than a thousand pages. In the debate, the MPs could only give orders to Minister Blok of Foreign Affairs, who must give the definitive Dutch ‘yes’ tomorrow on behalf of the cabinet in Brussels. That seems like a formality, because the EU ambassadors already voted unanimously today.

From a democratic point of view, Minister Blok would also have preferred the national parliaments to ratify the agreement, but believes the chosen approach can be defended because it is in the Dutch economic interest that the deal comes into effect as soon as possible. “It is our fishermen and trucks that are or are standing at the quay,” he argued.

Many parties would prefer to keep the option to return to agreements, if in the coming weeks it appears that there are major errors. Since the agreement will take effect on 1 January, there is hardly any time for that now.

“The UK has been part of the EU for 47 years, the Brexit process has taken over 4 years and we now have about 4 minutes per party to give our opinion on the deal,” grumbled Roelof Bisschop of the SGP.

Ultimately, all parties are happy that there is a trade agreement at the last minute, because a no-deal Brexit would be much worse for our country. The PVV sees the deal as an incentive for the Netherlands to also leave the EU. “We can do this too,” said Member of Parliament Emiel van Dijk.

Blok calls the deal “the maximum achievable under the circumstances”. Yet he is not happy on three points. For example, Dutch fishermen have to give up a quarter of their fishing rights in British waters. To compensate for the losses, he is betting on a substantial Brexit compensation for the affected fishermen.

This must come from a special ‘adjustment fund’, which countries or sectors can call on if they are disproportionately hit by Brexit. 600 million euros has already been reserved from that fund in advance for European North Sea fishermen. In the near future, that money will be divided and Blok hopes that a considerable amount will go to Dutch fishermen.

Blok also thinks it is a great pity that the UK is leaving the Erasmus student exchange program. This makes it much more difficult for Dutch students to study on the other side of the North Sea for a while, and vice versa.

Blok is also disappointed that nothing has been agreed in the agreement about a joint foreign and defense policy. In the past, the Netherlands often worked together with the British.

Race to the bottom

There are also concerns in the House about the details of the agreement. MPs want to prevent Britain from competing with the EU countries, because it no longer has to comply with certain European rules.

PvdA MP Liliane Ploumen mentioned the rules for employment conditions as an example. “Brexit should not lead to a race to the bottom, which will affect employees.”