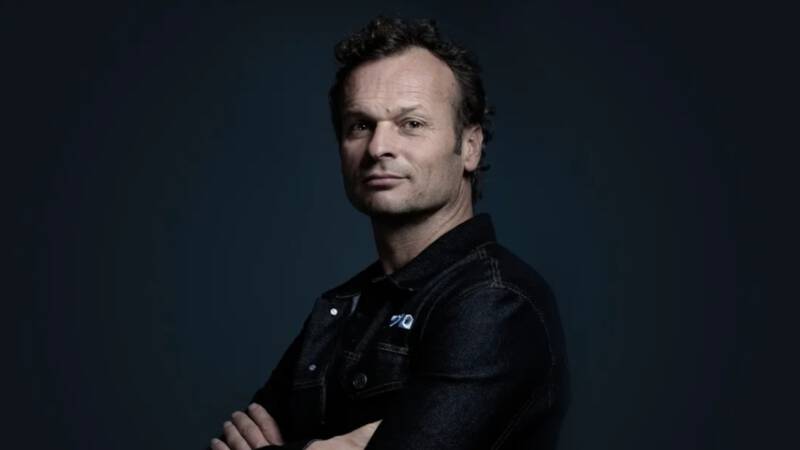 Hermen Hulst has almost had his first full year in one of the most important positions in the gaming industry. The Dutchman oversees the games that Sony markets for the popular PlayStation game console. “Intense, but also satisfying,” he says, looking back on the past twelve months when the PlayStation 5, among others, appeared.

This month he experienced what it’s like to be one of the biggest names in the gaming world. Hulst posted a video on Twitter showing how his cat flew into the television when he saw the game Bugsnax. Connoisseurs mainly looked at his PlayStation 5: it was turned upside down.

The popular game site GamesRadar immediately wrote a news report. Hulst (49) could laugh about it. “I quickly grabbed the console around midnight to watch the season finale of Sons of Anarchy.” In his position he is simply under a magnifying glass.

Hulst posted a new tweet, which did not show his PS5:

Last November, Hulst became the boss of PlayStation Studios. The Dutchman is responsible for the thirteen internal game studios of multinational Sony. He has never been bored. “Because of all the media, gaming is probably the one that grows and changes the fastest,” he says via video connection from his office in Amsterdam.

Hulst immediately got a big task on his plate. He got to work towards one of the entertainment industry’s biggest releases in years – the PlayStation 5, seven years after the release of the PlayStation 4. Then came the corona pandemic. Hulst has 3000 employees all over the world. In the past year he saw them mainly through his computer screen.

Such challenges have always driven him. In 2001 Hulst became head of the game division of the Dutch internet company Lost Boys. He founded the studio Guerrilla with that team in 2004. The ambitious goal: to grow from the small Netherlands.

The success with Guerrilla led Hulst to his current top position. In that position he is where he wants to be: in the heart of the world that first enchanted him in the 1990s in the US during an internship at game company Ubisoft.

The game world has changed a lot since then. The industry has grown exponentially. Last year, it was $ 152 billion in turnover. That is more than the music and film industry (20 and 42 billion respectively) put together. Holly doesn’t care much for numbers like that. “This financial-economic perspective is a thing of the past. You can view our industry from so many different angles. There is so much innovation going on,” he says.

Games are now used to announce concerts, for example, he explains. And they are getting more and more refined. The post-apocalyptic zombie game The Last of Us: Part II, released this year, zooms in on psychological dilemmas in a narrative form.

Trailer of The Last of Us: Part II:

Because of this refinement, Hulst sees the film industry looking at games more often and more seriously. Next year, a Hollywood movie of the game Uncharted will be released and cable provider HBO is working on a The Last of Us series. In addition, directors are adopting techniques and technologies from games. The cross-pollination is a difference with roughly fifteen years ago, when “not very good films” were made of games, says Hulst.

But at heart Hulst remains a game maker. He consults almost every day with his studio heads who he already knew from his time at Guerrilla. As a former studio boss, he knows the challenges they face.

In recent years, stories regularly came out about depression, stress and burnouts among game makers, because they had to work too hard to finish a game on time. This so-called crunch time has been under fire for some time. The workload in the game world would be too high, due to the strict deadlines for game launches.

It is a theme that has the special attention of Hulst, he says when asked. “We talk a lot about how to keep the workplace healthy and safe for everyone. We also invest in that,” he says.

Hulst knows from Guerrilla that there is sufficient rest and free time after a busy period. “It’s in no one’s interest to crunch hard,” he says. “We want people to stay with us and stay healthy. Of course also out of self-interest, because healthy people make better games.”

The corona pandemic has only placed (mental) health higher on his agenda. Hulst: “It was a great year, with the release of the PlayStation 5. I also realize that there has been a lot of struggle on a human level.

He has talked a lot about it with his studios. Also with a view to the future, in a corona-free world. “Because I don’t want lessons we’ve learned to be lost when vaccines become widespread.”