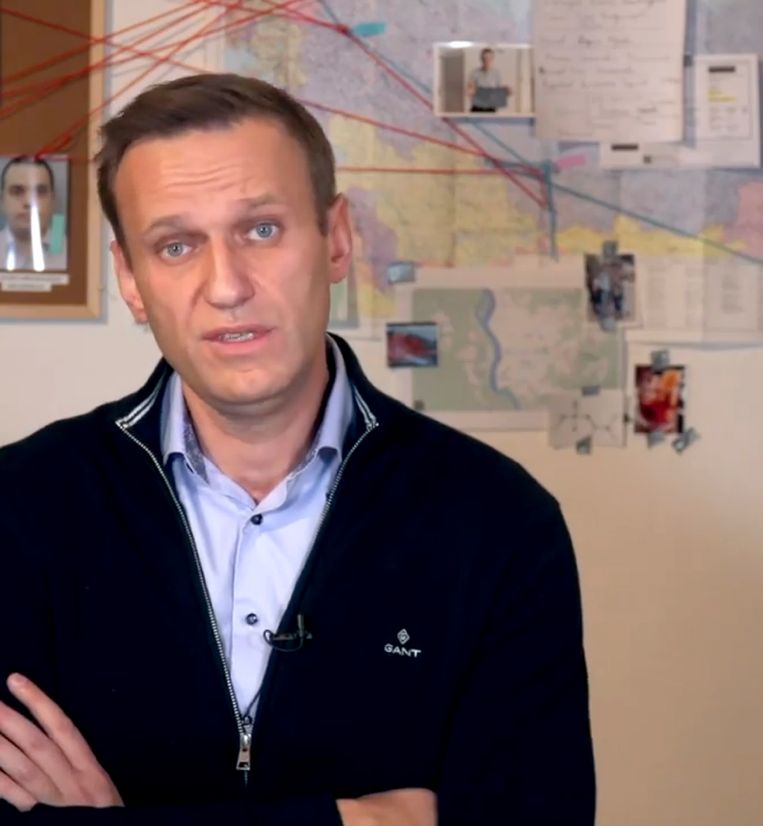 Navalny has been in Germany since August to recover from poisoning with the deadly nerve poison novichok. This month, research by Bellingcat, Der Spiegel and CNN, among others, stated that the Russian security service FSB is behind the poisoning.

The correctional service writes in a press release on its site that Navalny is using his poisoning to “evade” control of the Russian prison system. The service called on Navalny Monday through his lawyer to report to Moscow on Tuesday morning. According to the service, Navalny was obliged to comply with that call, because the opposition leader is serving a suspended prison sentence. Remarkable: the service made the summons one day before the sentence expired.

The authorities are doing everything they can to prevent Navalny from returning to Russia. A month after the poisoning, they confiscated all of his apartment and frozen his bank account, as well as that of his wife, parents and the child account of his 12-year-old son.

But with their attacks on Navalny, the authorities are increasingly contradicting themselves. For example, the penitentiary service states that according to scientific research Navalny must have fully recovered from the novichok poisoning and could therefore have come back to report. But according to the Russian police there is no reason to believe that Navalny has been poisoned, otherwise an investigation would have been opened. President Putin recently said that Russian doctors have not found a novichok at Navalny.

View the telephone conversation with English subtitles here. Text continues below the video

Now they go back to a conviction from 2014. Navalny and his brother Oleg were then convicted of defrauding a cosmetics company. The European Court of Human Rights ruled that the trial was not fair, but Russia did nothing with that ruling. Navalny’s brother Oleg was only released last year after 3.5 years in a penal colony. The suspended sentence against Navalny was extended by one year, until December 30, 2020, and is now useful for those in power.

Navalny poses a far greater danger to them than to his poisoning. A poll by the independent research firm Levada in September showed that Navalny’s popularity has tripled since May. Last week, Navalny put the Kremlin in his shirt by convincing an alleged FSB agent to expose the poisoning operation via a fake phone call. The fake phone call has been listened to more than 21 million times on YouTube. The authorities are looking for revenge: just hours after the phone call was published, they opened a criminal case against Lyubov Sobol, one of Navalny’s closest allies.