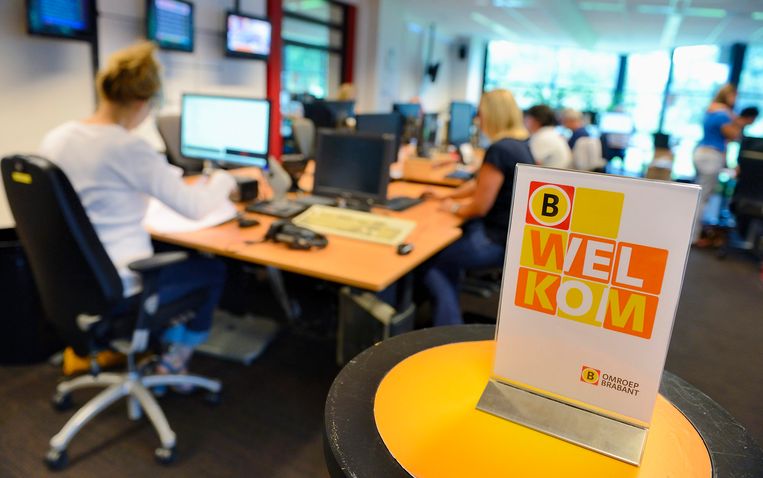 The Inspectorate SZW, the former Labor Inspectorate, will also carry out a random sample of these regional broadcasters. All this happens at the request of the FNV. The central question is whether Tentoo and the broadcasters comply with the Work Allocation by Intermediaries Act. Everyone is obliged to cooperate.

‘We have reported to the Inspectorate a well-founded suspicion that these broadcasters are dealing with sham constructions intended to evade the collective labor agreement,’ says Sharon Bandell, flex and compliance project leader at the FNV. “The same thing happens with most other regional broadcasters.”

In concrete terms, it is about Omroep Brabant and RTV Oost hiring journalists and technicians who are neither employees nor self-employed. ‘They make use of a shadowy tax construction: the fictitious employment contract, based on the oddities decision.’ Advantages for the broadcasters include that they do not have to continue to pay if staff become ill and that employees can be deployed unlimitedly.

“Broadcasters are underpaid from public money,” Bandell says. ‘In practice, they do exactly the same work as permanent colleagues. However, they are not covered by the collective labor agreement and do not accrue pension and vacation rights. Because they are paid through Tentoo. We want the inspectorate to establish that these types of constructions are not permitted. ‘

The RPO, the umbrella body of the regional broadcasters, thinks that the FNV is using words that are too big. “They go in with a straight leg,” says director Mark Minkman, who also speaks on behalf of RTV Oost and Omroep Brabant. “There is no question of broadcasters deliberately circumventing the law.”

According to him, the legislation leaves room for interpretation. According to some lawyers, this is a legitimate way of hiring personnel, according to others not. That is why we think it is actually good that the inspectorate looks at this. We would also like clarity about these forms of contracting. ‘

The inspection investigation ends with a ‘report of findings’. On this basis, the union can claim back payments, among other things.

Broadcasters and Tentoo have already paid additional taxes to broadcasters. ‘Mistakes have been made in individual cases and we have corrected them or are going to do so,’ says Minkman.

Regional broadcasters want to put an end to the past, he says. ‘Partly for this reason, we have decided that we will no longer hire staff through Tentoo in the short term, at the latest in the course of 2021. Also because broadcasting directors have not felt quite comfortable with this for some time now. ‘

Bandell is happy with it. ‘Nevertheless, this inspection investigation is necessary, because we do not want broadcasters to switch to other intermediaries in the future, with comparable constructions. And this also happens in the catering industry, construction and publishing houses. ‘

It is a shame that regional broadcasters are discontinuing Tentoo, says Patrick Bakker, CEO of the Brisker Group, which includes the administration office. “But it is their right not to renew the contract with us now that there is so much discussion about it.”

Bakker: ‘I am surprised that the FNV is calling in the inspectorate. We are convinced that we obey the law. In occasional individual cases, something went wrong and we corrected it. In that respect we depend on our clients, the broadcasters. They determine the terms of employment. We have been holding constructive talks about this with the union for some time. Anyway, we are fully cooperating with the investigation. ‘

For Petra van Middendorp (33), the news comes too late. She resigned at the beginning of this year as an editor at Omroep Brabant. ‘I worked there for three years. This was only allowed through Tentoo, at a rate of 18 euros 50 per hour, including a little holiday allowance. That was about 11 euros net, and a salary increase turned out to be impossible to discuss. Fortunately, I could fall back on something else: training in healthcare. Now I teach at an MBO nursing school, I have vacation days and the prospect of a permanent contract. Finally.’