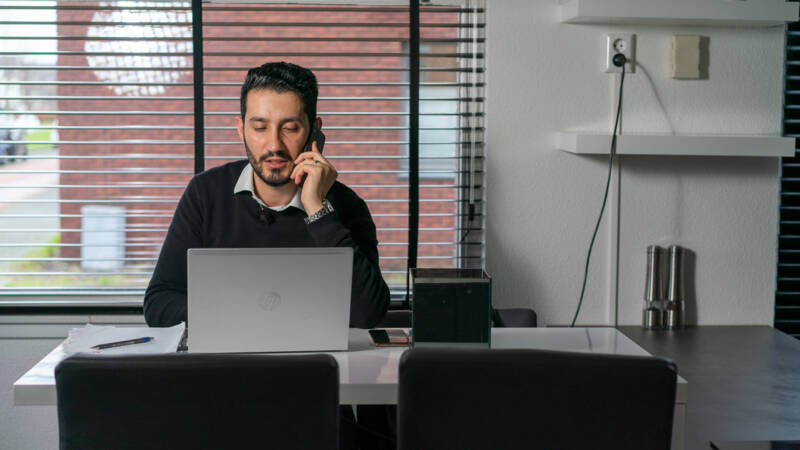 One of the municipalities that is already seriously working with early detection is Lingewaard. There, debt counselor Hossein Shakeri makes unannounced calls to about five to six families every month to discuss their often fledgling debts. “The goal is to get people in the picture early.”

It seems to work in Lingewaard. Shakeri was recently told by the housing association that the number of rent arrears is decreasing.

In a year and a half, Shakeri had to send four or five people with problematic debts to debt. During that time he visited over 120 Lingewaarders with starting debts. “The best thing would be to prevent people from being evicted or cut off the energy in this way,” he says.

Projects in other municipalities have also shown positive results in recent years. In Arnhem, the municipality concluded two years ago: “Vroeg Eropaf clients pay off their debt significantly faster.” And an Amsterdam study already showed in 2014 that every euro invested in the project yielded savings for society of almost 2.50 euros.

A new law now stipulates that the exchange of data on payment arrears between municipalities and creditors is allowed. In fact, municipalities are obliged to contact their residents if they receive signals about debt. “That clarity is the great advantage of the new law.”

Madern does not think that debt counselors will immediately set out in all municipalities in January to ring the bell at residents with payment arrears. “Some of the municipalities have really not organized that yet. It will take time.”

The corona crisis can also further dampen the motivation of municipalities, Madern thinks. “Municipalities are in a dilemma. Due to corona, they are already expecting many more registrations with debt counseling. If they also get people in the picture earlier through early detection, it may be that they do not have enough capacity for the assistance.”

Madern therefore expects that some municipalities will send letters instead of making home visits. And that while letters work less well, says Madern.

Shakeri also finds that a personal visit works best. Since the renewed lockdown, he can no longer pass the doors. Instead, he calls the Lingewaarders. “I notice that people are less likely to accept help. They are more suspicious by telephone.”