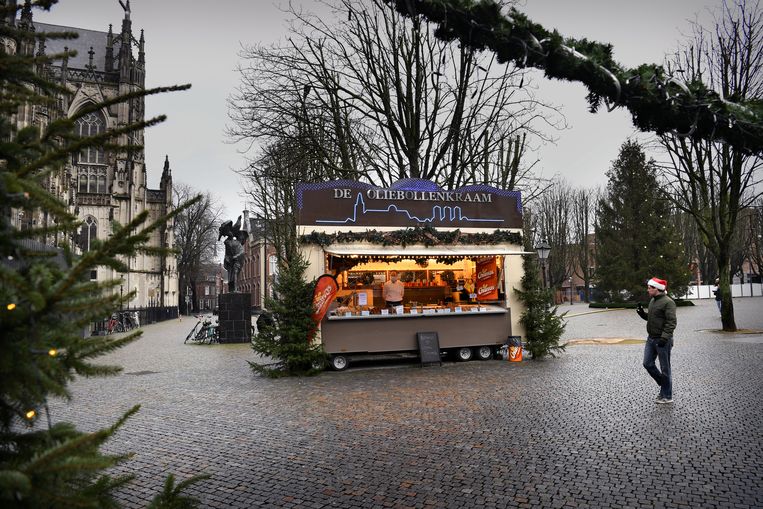 Rutte seized the end of the last cabinet meeting in 2020 to underline the seriousness of the situation once again. ‘It’s great that we applauded healthcare at the beginning of this year, but if you really want to help, you stick to all the regulations and don’t set off fireworks. That is an urgent appeal to the whole of the Netherlands. ‘

In addition to the fireworks, the cabinet fears that the Dutch will use the turn of the year to pretend for one night that the corona virus does not exist, and to party with friends or family. Justice minister Ferdinand Grapperhaus therefore also hammered Wednesday on compliance with the corona rules. As a result, this year will – hopefully – be a ‘sober and boring New Year’s Eve’. “Let’s catch up with that with a big party when Covid is over,” said Grapperhaus. He himself said to ring in the new year with a game of Scrabble with his wife.

Due to the increasing crowds in the hospitals – on Wednesday they cared for a total of 2,700 corona patients, of which 700 in intensive care – available hospital beds are rapidly becoming scarcer. After the Cabinet meeting, Minister Tamara van Ark (Medical Care) announced that she no longer accepts that hospitals may keep their beds ‘out of caution’ for their own emergencies, and not make them available for the national pool.

‘One bed here, the other bed there and another bed there, added together that may well be just the space we need,’ says Van Ark. Space that ‘ensures that in the near future, until we have the real peak, we do not go over the edge’.

The ministers also discussed primary education with Minister Arie Slob, who was not at the meeting, but called in. The House of Representatives recently called on Prime Minister Rutte to see whether primary schools can open earlier than January 18, but the rising contamination figures now seem to offer no room for this. Nevertheless, the cabinet will have to make a decision in the days around the turn of the year. The current corona law provides that parliament has one week to vote on policy changes. The cabinet cannot scale down earlier.

An additional problem is the new ‘British variant’ of the corona virus. It seems to spread more easily among children than previous variants. A ‘serious number’ of infections with the British variant has been found at a primary school in Bergschenhoek, South Holland, said Minister Hugo de Jonge (Public Health).

De Jonge did not mention a specific number. It was previously announced that five people in primary school had been infected with the new variant. The fact that the virus is now circulating in schools could lead to a tightening of the testing policy for young children, says De Jonge.

De Jonge repeated that it was ‘technically impossible’ to start vaccinating before January 8. The Netherlands is the only country in the European Union that has yet to start vaccinating. De Jonge said that he too ‘is going to bite’ when he sees the images from foreign vaccination centers. ‘Guys, if only we had been in that first stage, of course you want that. At the same time, we made the choice as we made it, and I think those are responsible choices. ‘