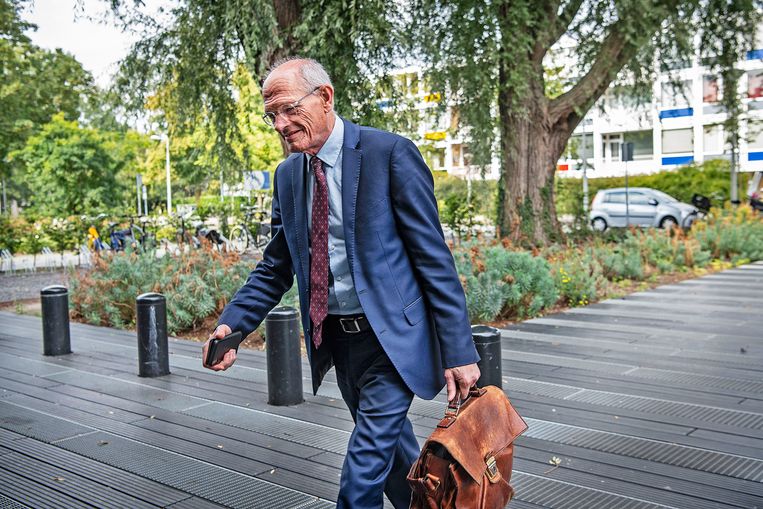 At Strukton’s head office in Utrecht, the supervisory board of parent company Oranjewoud spoke with CEO Sanderink on Tuesday. The wealthy Twente entrepreneur is the owner and chief boss of ICT company Centric and construction company Strukton, both of which have many customers with the government. An incident at head office last Monday preceded the new position of the supervisory board.

Earlier this month, Sanderink was convicted by the court of Almelo for a libel and smear campaign he is conducting against his ex-girlfriend. On the order of fines of 100,000 euros per violation per day, he must stop accusing her of, among other things, theft, fraud and sex exploitation.

In order to prove that Sanderink sent many more messages about her into the world, his ex had Sanderink’s phone seized. When the bailiff went to Strukton’s head office last week, he would be there, according to the newspaper Tubantia have encountered an angry Sanderink. He threatened the police inspector who ran and refused to hand over his phone. Once it had been unlocked, all mail and app correspondence appeared to be deleted remotely.

The continuous stream of negative publicity about Sanderink follows the arrival of ‘cybercharlatan’ Rian van Rijbroek in his life, two years ago. The expertise of Van Rijbroek is openly questioned by many experts, but Sanderink assigned his new lover an (informal) role in his company Centric. This was viewed with great care by the top of the ICT company, but anyone who criticized the self-appointed cyber expert had to leave the field. As a result, almost the entire top of Centric has left in a short time.

After the latest scandal, criticism of Sanderink is growing not only among his own supervisors, but also in The Hague. CDA MPs Omtzigt, Slootweg and Amhaouch do not like that important government bodies such as De Nederlandsche Bank and municipalities do business with ‘someone who does not comply with court rulings and threatens authorities’. They submitted parliamentary questions about this on Tuesday.


Financial director of troubled Centric has to leave again.

The case against his ex is a love drama with far-reaching consequences for the business empire of the wealthy and eccentric Twente entrepreneur Gerard Sanderink. And with Rian van Rijbroek as the pivot. It rumbles in the top.

‘Cybercharlatan’ Van Rijbroek is back, with another book about ‘cyber’. At the beginning of this year, Van Rijbroek presented her new book Unhacked in the chic ambiance of the Spiegelzaal in the Amsterdam Amstel Hotel. Those present were satisfied: “I didn’t understand her story, but it seems extremely relevant.” But security experts are very critical of the book.