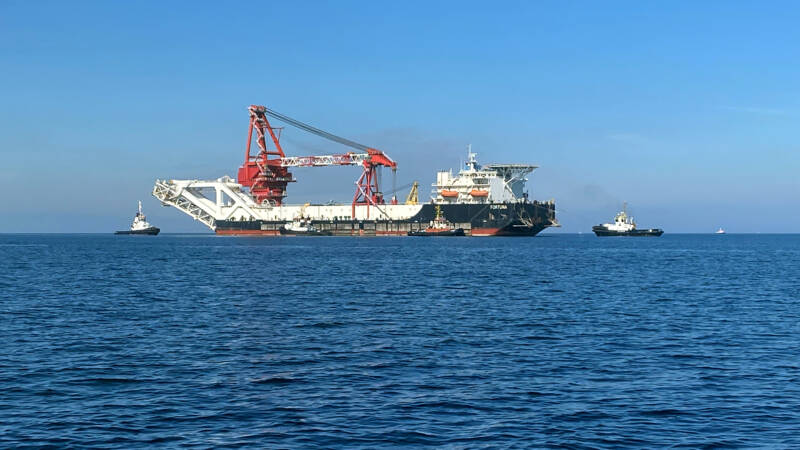 At least 18 companies have withdrawn or are about to withdraw from the construction of the controversial Nord Stream 2 gas pipeline, according to a report by the United States Department of State. This mainly concerns British and Swiss insurance companies.

The US has long been pushing for a halt to construction of the pipeline between Russia and Germany, fearing that Moscow’s political influence on Europe will increase. Central and Eastern European countries have also turned against the project. Construction was temporarily halted at the end of 2019 after US sanctions.

So far, the United States has imposed sanctions on one co-building company: the Russian construction company KVT-Rus. According to German media, the threat of more sanctions has deterred other companies from continuing with Nord Stream 2.

In the report, US Secretary of State Anthony Blinken lashes out at the German government, which “still fully supports the project”. Berlin has previously dismissed sanctions as an attack on German and European sovereignty.

Polish and Ukrainian Foreign Ministers yesterday called on US President Biden to do everything he could to prevent the project from being completed. In an open letter, they listed how Moscow cut off gas supplies to Ukraine in 2006 and 2009, following disputes over the supply price. “The West cannot afford to be blackmailed in the future,” the ministers write.

The Lithuanian minister then presented a proposal to suspend the construction of the gas pipeline until the Russian parliamentary elections in September. “Let’s give President Putin the opportunity to organize free State Duma elections, with the participation of the opposition.”

At the end of January, the European Parliament voted by a majority of 531 votes to suspend Nord Stream 2 with immediate effect, in response to the poisoning and later arrest of Russian Kremlin critic Aleksej Navalny. A few German MEPs also supported the motion.

Construction of the gas pipeline is due to be completed this year. No Dutch companies are involved anymore in the construction.