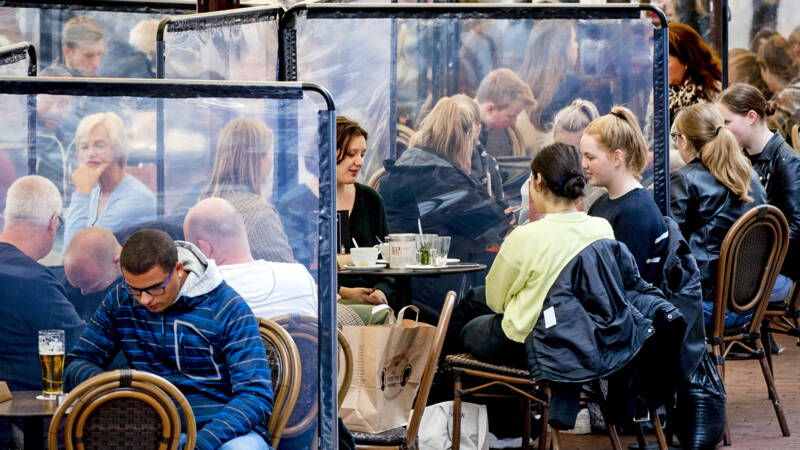 VVD party chairman Klaas Dijkhoff also wants the cabinet to investigate what might be possible for the catering industry, because that sector is “hit hard” by the crisis. He also asked for additional support for catering entrepreneurs.

As far as PVV leader Geert Wilders is concerned, the terraces will open again immediately. “Friend and foe agree that outside the risk of contamination is virtually nil.” According to him, catering entrepreneurs have long drawn up protocols that make it possible to open again safely.

Wilders spoke of a failing approach by the cabinet. “Now that the elections are approaching and the VVD is falling in the polls, they are pretending to regain our freedom. But that is misleading.” The eases are just “a few crumbs”, he says.

Other opposition parties also denounced the government’s drifting policy. “Arbitrariness rules,” said PvdA leader Lilianne Ploumen. “The massage parlors will reopen, but the universities will remain closed.” GroenLinks and government parties D66 and ChristenUnie also wondered whether the relaxation that will apply next week for secondary education and MBO can also take effect in higher education.

But according to Prime Minister Rutte, there is currently no room for this. He pointed out that the cabinet is already taking a risk with the partial reopening of secondary schools. He believes that universities and colleges in themselves are capable of organizing corona-proof education. But that also leads to more travel movements, with all the consequences that entails, said Rutte.

A majority of the House accepts the extension of the curfew until March 15, but understand that people are angry about it. “The prime minister first said that it was a rotten measure, which would be the first to be abolished,” said CDA member Heerma. “Communication has to be improved on some points.”