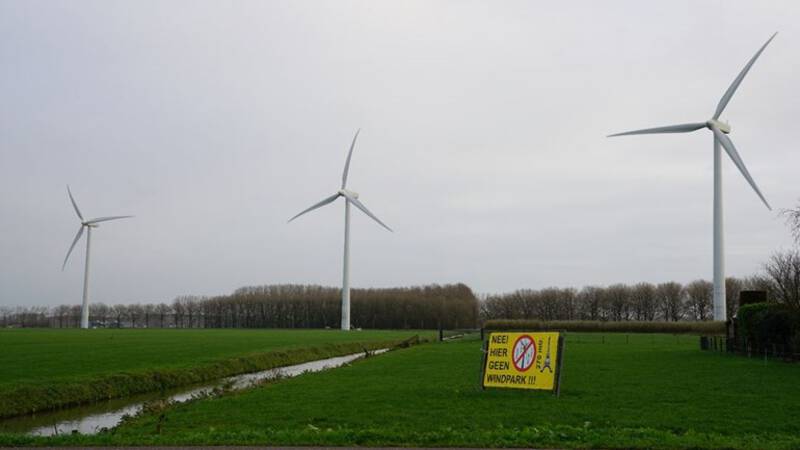 Politicians intend to only build windmills and solar parks on the land if there is also support for this from local residents. The election programs of the various parties show that a majority wants to prevent them from being constructed against the will of the citizens. But how do you get local residents on board? Some parties want to let them profit from it financially.

In recent years, citizens have increasingly come up against wind turbines and fields full of solar panels that they perceive as ugly and nuisance. But in order to achieve the climate goals, these sustainable forms of energy generation are necessary, according to a majority of politicians. It is not without reason that it is agreed in the climate agreement that CO2 emissions must be reduced by 45 percent in the coming years.

To achieve this, the VVD, like other parties, would prefer to build only large-scale wind farms at sea. Solar panels should mainly be installed on roofs, not on the ground. “Creating and obtaining support from the local population is a precondition for building solar parks and wind turbines on land,” says the liberals’ election program.

The CDA also believes that the immediate surroundings should always be consulted before a wind turbine or solar park is constructed. Natural and agricultural land must be spared as much as possible.

D66, ChristenUnie and the Party for the Animals also believe that sustainable energy projects on land should be carried out carefully and in consultation with residents and that they should not be inconvenienced. For the Party for the Animals, this applies not only to people, but also to animals. Birds regularly fly against the blades of wind turbines.

GroenLinks chooses a slightly different approach. That party wants to stimulate support among local residents by giving them shares in public projects for wind or solar energy. If local entrepreneurs or residents want to generate energy together, they get cheap loans and they have to meet less strict requirements.

“We will not get there with just wind energy at sea,” says party leader Jesse Klaver, “you have to be honest.” He understands that people, even in his own supporters, are not happy when a wind farm is built in their neighborhood.