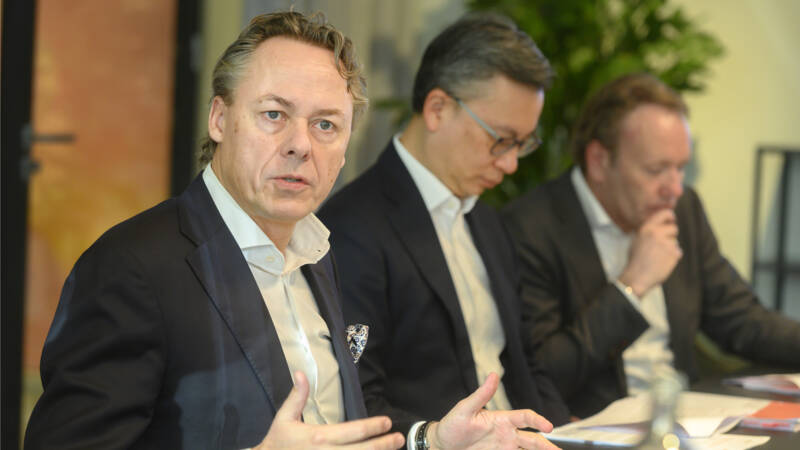 Ralph Hamers earned around 3.8 million euros as CEO at Swiss asset manager UBS in his first four months as CEO. This is evident from the bank’s annual report. Almost three million of this is a bonus, the rest consists of salary and pension, among other things.

The amount is a multiple of his annual income as a CEO at ING, where he worked for more than 28 years. In 2019 he earned more than 2 million euros there. About 545,000 euros was added for his pension and expenses.

The Swiss bank has also recorded an evaluation of Hamer’s work so far in the annual report, although it is shorter than for the other directors due to his recent appointment. The bank’s performance in 2020 cannot therefore be fully attributed to Hamers, but he has contributed to it, according to the bank.

According to the annual report, Hamers’ remuneration is partly due to “decisive leadership”. UBS also honors the new CEO for the “strategic initiatives” he has launched since taking office in September.

“In addition, Ralph Hamers has fully embraced UBS’s core values ​​of conduct and has taken steps to enhance collaboration, accountability and accountability.”

Under Hamers, ING has come under fire several times in recent years. The court ruled in December last year that the OM must personally prosecute Hamers.

A large-scale money laundering affair came to light in 2018. ING did too little to prevent customers from laundering money via ING accounts. The bank admitted that it had seriously failed and decided to settle four cases with the Public Prosecution Service for a total of 775 million euros.

Hamers was also discredited in 2018 because of the proposal to increase his salary by 50 percent to more than 3 million euros per year. It sparked outrage in politics and customers responded by switching to competitors. The bank then decided to withdraw the proposal.