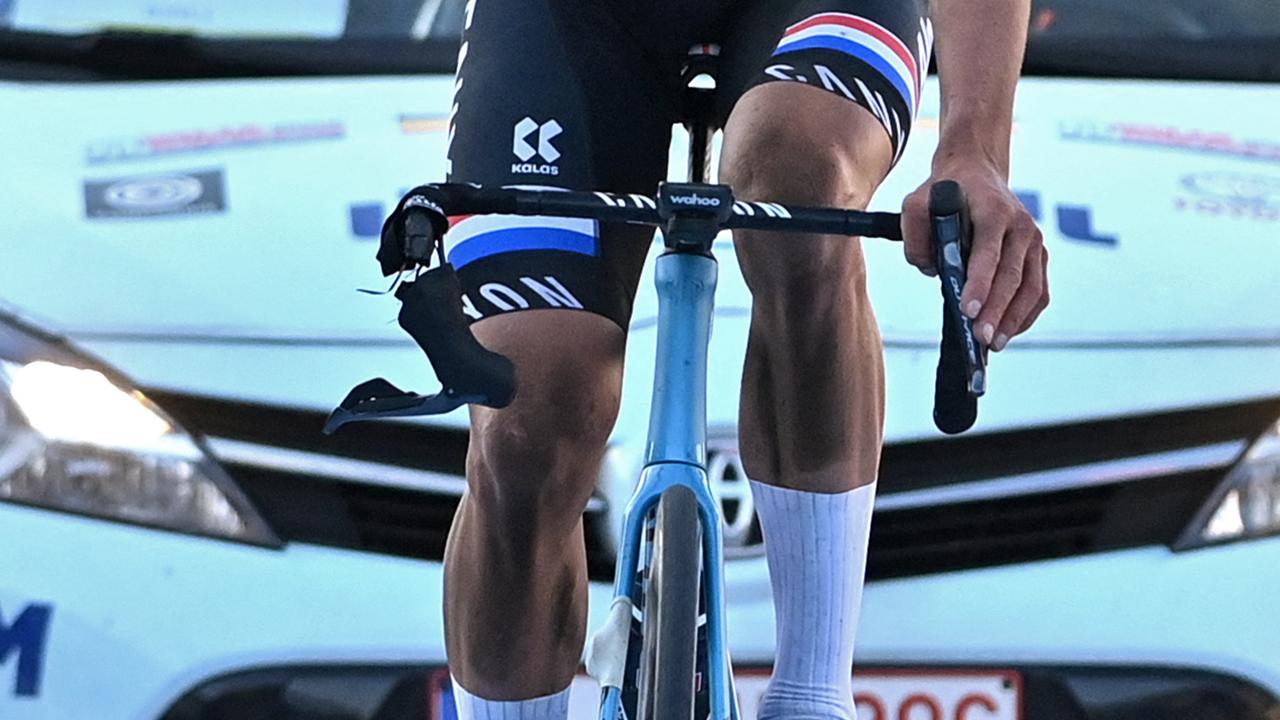 The Alpecin Fenix ​​riders will start on Saturday in Strade Bianche with a different type of bike. On Tuesday, the steering wheel of leader Mathieu van der Poel broke off in Le Samyn.

In a statement, the German manufacturer Canyon advises against riders to ride the Aeroad model. Alpecin-Fenix ​​chooses another model of the same brand in Strade Bianche.

“Fortunately, Mathieu did not crash on Tuesday,” said Armin Landgraf, director of Canyon. “We want to be 100 percent sure that nothing can happen to anyone. To do so, we first have to find out the cause of the handlebar breakage. We do everything we can to provide the Aeroad models with a handlebar that meets all quality and safety requirements as soon as possible. . “

Because the right bracket of his handlebar was broken, Van der Poel could no longer encourage him to sprint in the final phase of Le Samyn. The Dutch champion was still able to help his Belgian teammate Tim Merlier to the victory.

Van der Poel will start Saturday for the second time in Strade Bianche. Wout van Aert, who won the Tuscan race last year, sees his rival as a formidable competitor.

“I saw in Omloop he Nieuwsblad and Kuurne-Brussels-Kuurne that Julian Alaphilippe and Van der Poel have made tough races, especially Mathieu looked strong”, said the Jumbo-Visma rider.

Van Aert sees many more contenders. “A lot more riders start here to keep an eye on. It is one of the strongest fields you will see. A lot of climbers also participate, such as Jakob Fuglsang, Tadej Pogacar and Egan Bernal. I think that is very nice, it shows. how much this course has gained in importance. “