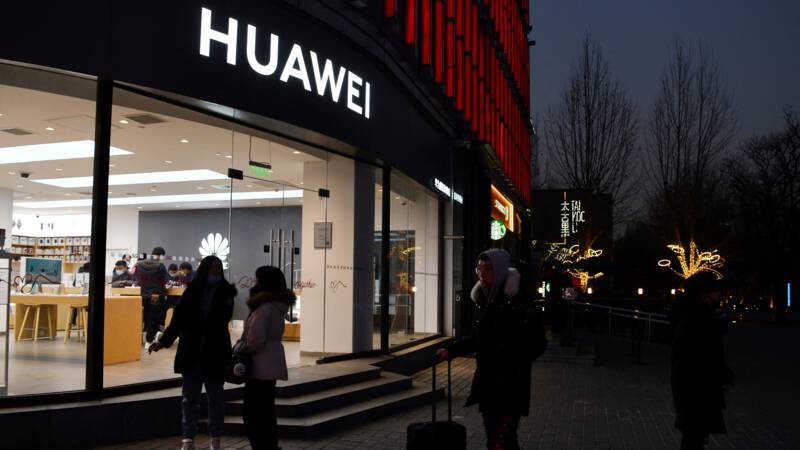 Huawei is increasingly feeling the pain of the US trade bans. The annual figures show that the company lost billions of euros in turnover compared to 2019 in Europe and the US.

Sales increased only in their home country of China. The growth there also ensures that the overall turnover still rises by almost four percent to 115 billion euros. The increase is much less than in previous years.

Market researchers have previously calculated that the share that Huawei has in the global smartphone market has shrunk considerably. This was 40 percent lower in the fourth quarter of last year than in the same period in 2019. When the figures came out, it was already concluded that Huawei seems to have played out in Europe and the US.

The US has been targeting the Chinese tech company for a few years now. The Americans fear that the Chinese government will conduct wiretapping or sabotage operations through the concern. Hard evidence for this is lacking and the tech giant has always denied it will.

De Volkskrant reported earlier this week that Huawei has had unlimited access to data from millions of Telfort customers, a subsidiary of KPN. The AIVD has warned the telecom provider several times against Chinese espionage, according to the newspaper. Huawei did not want to respond to the newspaper.

The US campaign has also resulted in European countries being reluctant to use the manufacturer’s 5G network equipment. Some countries, such as the Netherlands, decided that only limited use may be made of it. The United Kingdom eventually proceeded to a total ban.

The US government imposed a trade ban against Huawei in May 2019, forcing Google to revoke the Android license. This is necessary to be able to use additional services from Google, such as Gmail, YouTube, but also download store Google Play. Without these services, the phones in the Western market are worth much less. The company has developed an alternative, but that is less attractive. As a result, far fewer telephones are sold.

In addition, the company was hit by a sanction that prohibits major chip manufacturers from supplying production to Huawei. These manufacturers use American software or hardware and must comply with the requirements of that government.

Stock up on chips

The company has anticipated this and has built up a stock. According to The Wall Street Journal, analysts expect the supply of chips for smartphones to run out sometime this year. It may take longer to run out of network equipment, because that sector is less dependent on large quantities of advanced chips.

“The parts restrictions for our phone sales have had a major impact and we don’t have a clear picture of how to supply parts for our smartphones yet,” said Huawei Deputy Chairman Ken Hu at the presentation of the annual results. He speaks of a very unfair situation for the company and emphasizes that it has caused a lot of damage.