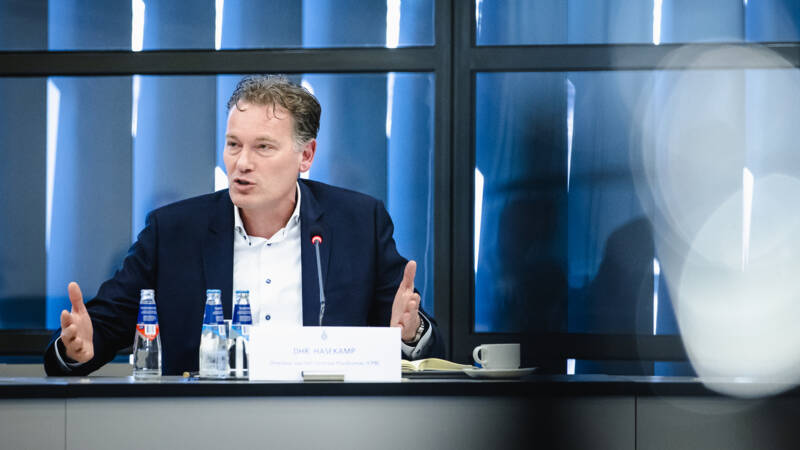 If the corona measures are lifted, we must phase out the current support measures as soon as possible. Except for young people and the self-employed, because they have had little support. Pieter Hasekamp, ​​director of the Central Planning Bureau (CPB), advocates for this News hour. “Self-employed people and people with a temporary contract have benefited very little from the support.”

The latest CPB estimate published today states that our economy is showing resilience. For example, there is surprisingly low unemployment. “We are still in the health crisis, but the economy is already recovering remarkably well,” said economist Mathijs Bouman. “During the second wave, the dip was a lot less than during the first wave, and the CPB now expects a line up.”

“The industry and export sector, for example, have continued to do well,” Hasekamp explains. “And the support packages have been very important. This really prevented the economy from collapsing during the first lockdown.” Nevertheless, as far as Hasekamp is concerned, we should not continue with the current support measures if the restrictions are lifted.

The aid was created to prevent bankruptcies and excessive unemployment. This seems to have been successful, the report states, and “there are even indications that non-viable companies are also kept afloat in this way.”

In some sectors, companies will also be in trouble ‘after’ corona and no longer fit within the ‘new normal’. “You can already predict that people will continue to work from home more after the crisis and that there will be less business traffic,” says Hasekamp. “And the retail sector was already engaged in a switch from physical to online: it has now accelerated.”

According to Bouman, it will be a difficult decision to end support for some of the companies in the future. “There is a strong lobby and the stories of some entrepreneurs are very poignant,” he says. “After you have saved a company for 1.5 years, it will be difficult to say that it was in vain.”

Support for young people and the self-employed

As far as Hasekamp is concerned, the support for young people and the self-employed may be expanded somewhat. “The support of the past year has mainly reached entrepreneurs and people with a permanent contract, they were able to keep their jobs thanks to the support packages,” he says. “Young people more often have temporary contracts and have not yet built up much unemployment benefit. And school-leavers have to look for a job.

Since the end of 2019, most jobs have been lost in the 15-25 age group. About 60,000, according to figures from the Central Bureau of Statistics. “Of all age groups, the young are the hardest hit when it comes to employment, but it was mainly about side jobs,” says Bouman.