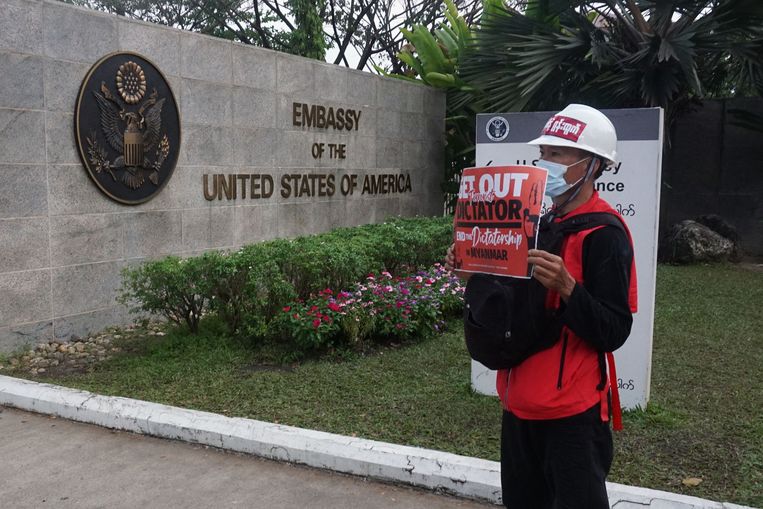 On February 14, the US government approved voluntary departure from Myanmar for government workers and their families. The obligation to return now is in response to the violence the military junta is using to quell protests. Those protests are a result of the military coup on February 1, in which the democratically elected government of Aung San Suu Kyi was overthrown.

At least 512 civilians have been killed in protests against the army coup in the past two months. 141 of them were killed on Saturday, the bloodiest day of this year in Myanmar, according to the Assistance Association for Political Prisoners, a human rights group that collects information about the repression in Myanmar.

The murders of dozens of protesters by the Myanmar junta’s security forces were condemned by the White House on Monday. The US also announced that it would end all trade and investment cooperation with Myanmar until the democratically elected government is in control again.

Chiefs of defense of twelve countries, including the Netherlands, have condemned the deadly violence by the Myanmar army against unarmed civilians in a joint statement. “A professional army follows international standards of conduct and is responsible for protecting, not harming, the people it serves,” they wrote. “ We urge Myanmar’s armed forces to cease violence and work to restore respect and credibility to the people of Myanmar that it has lost through its actions, ” the statement said. In addition to the US, it has been signed by Australia, Canada, Germany, Greece, Italy, Japan, Denmark, the Netherlands, New Zealand, South Korea and the United Kingdom.