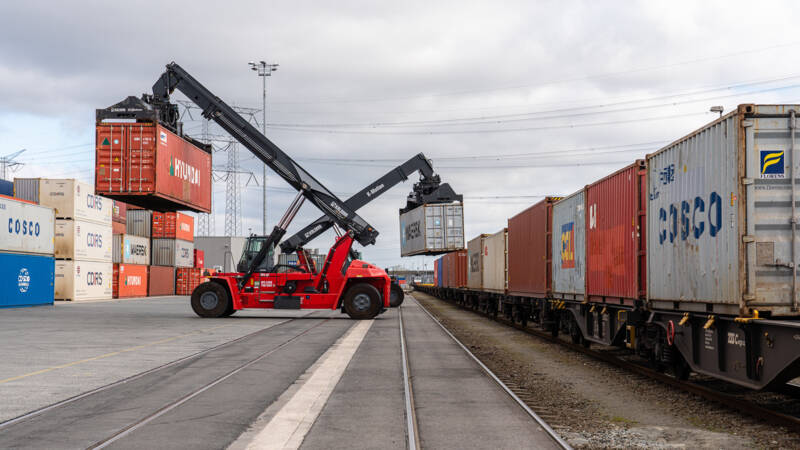 Now that the Suez block has been lifted and some 60 ships will sail to the Netherlands in the coming weeks, companies in and around the port of Rotterdam are busy looking at how the incoming flow can be properly handled.

They are used to the fact that a seagoing vessel is delayed by a few days, for example due to bad weather, in the port of Rotterdam. But dozens of ships that are about six days or more late – that’s really something else.

“Without a doubt a challenging job,” says a spokesperson for the Port of Rotterdam Authority. “But with the right preparation, we think we can handle this flow well.”

One of the precautionary measures is the urgent request to importers and exporters to remove the containers that are currently there as soon as possible, so that space is created. Shipping companies are also scrutinizing existing routes. Everything to prevent an infarction at the terminals.

“It is a big sudoku puzzle at the shipping companies”, concludes Marco Tak. He is director of the Association of Rotterdam Cargadoors and checks in which ports there are berths available for ships to moor. “It is now important that the containers are collected from the terminals very quickly, so that space is created and the containers do not get stuck.”

The port expects six to eight extra seagoing vessels per day in the second half of next week. They must be given a place to unload. But the quay is crowded, because the smaller inland vessels also want to moor to collect the containers.

“We depend on the handling in Rotterdam, so whether our ships will be helped or not,” says Remon Versteijnen, commercial manager at BTT Multimodal Container Solutions. He will soon collect the containers in Rotterdam and transport them by train and by ship to distribution centers at home and abroad.

It is still very quiet at his container transhipment in Tilburg due to the blockade of the Suez Canal. “Normally you can’t see the lines on the ground here. But come back in two weeks and you’ll see piles of containers here.”

Versteijnen transports via inland shipping and railways to transfer stations. From there, the containers have to continue by truck. He also expects problems there. “I still know where to find those trucks, but of course there has been a driver shortage in the Netherlands for years. Certainly now that we have to transport more stuff than ever by means of corona, we will encounter them.”

One such problem is the delay with which the products in those containers will arrive at its customers. That while Versteijnen’s customers say they really cannot wait any longer.

“The goods that arrive in a week’s time are often goods that are already in the folder. These are also goods that have already been sold. So our shippers are really having problems, because the goods should have been available on their webshop long ago. And that’s not the case at the moment. “

“Now we can’t do anything yet. But in a week, then we don’t know how to do it. So it’s mainly about making forecasts and preparing as well as possible, so that as few delays as possible occur at the back.”