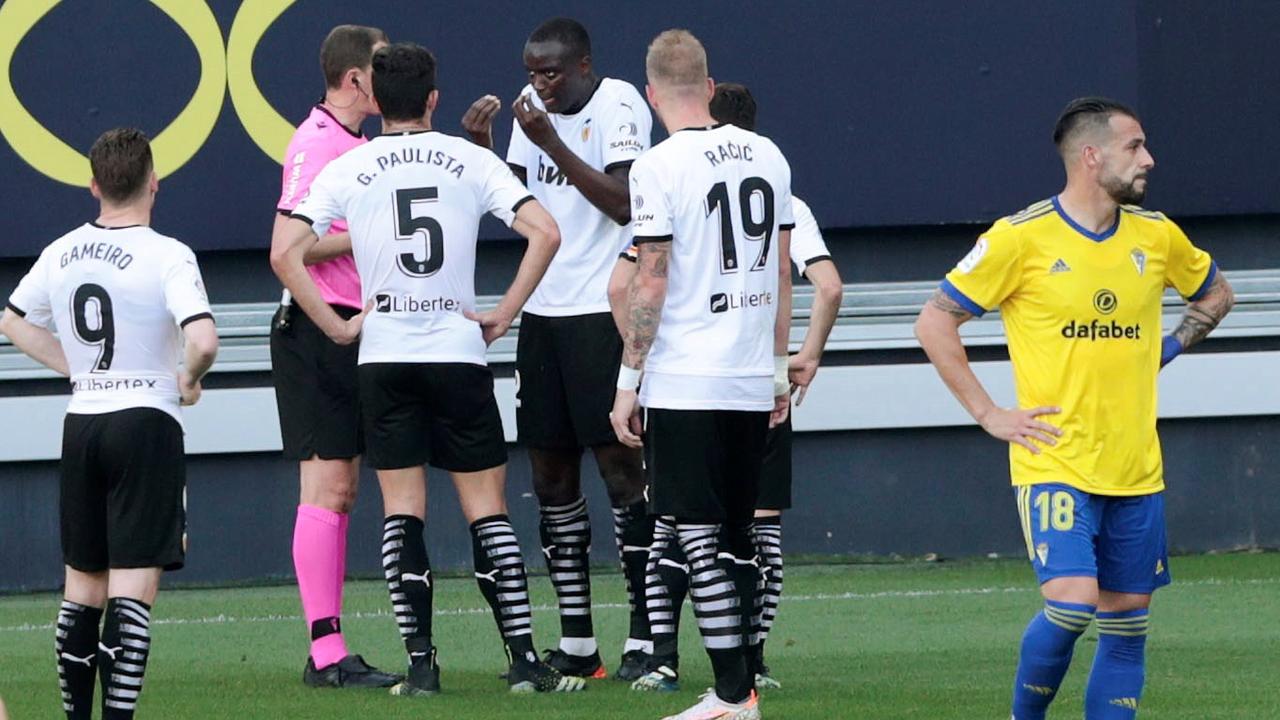 The league leadership of La Liga has launched an investigation into the racism incident at Valencia-Cádiz. In Sunday’s game, Valencia player Mouctar Diakhaby stepped off the field because he was allegedly treated racially by Cádiz player Juan Cala.

“We have launched an internal investigation and can determine exactly what happened with video images and photos,” said competition boss Javier Tebas on the Spanish television channel on Monday. Movistar. “There are contradictory statements, but given the behavior of the Valencia player, something must have happened. La Liga does not allow racism in football.”

Diakhaby got into trouble with Cala after half an hour on Sunday. According to the referee’s scoresheet, the Cádiz defender would “negro de mierdasaid to the Frenchman, which means “shitty black” in Spanish. Diakhaby then stepped off the field furiously and his teammates followed soon after.

After a short delay, the game resumed, albeit without Diakhaby. According to Valencia captain José Luis Gayá, he was too excited to continue playing. Diakhaby did allow his teammates to return to the field, as Valencia might otherwise be deducted three points for not completing a match.

Cala, who was changed at half time, has not yet commented on the matter. He will give a press conference on Tuesday to tell his side of the story. In front of a camera from the Spanish television channel Cuatro he said not to “go hide”.