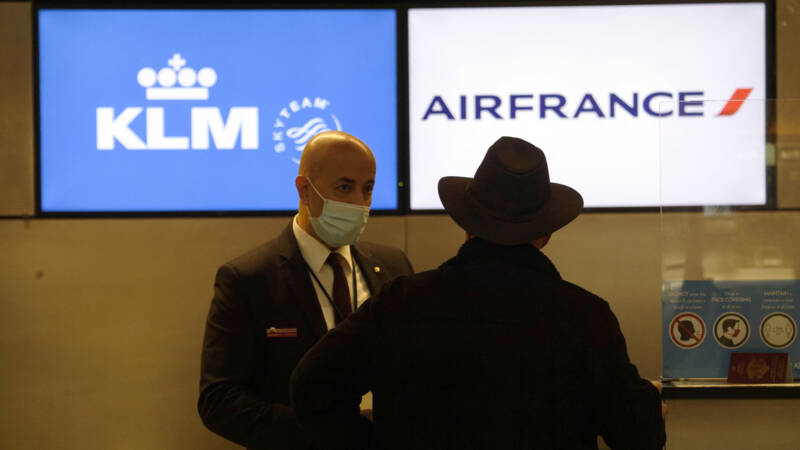 Last year, the French and Dutch governments already supported Air France-KLM. KLM was promised a support package of 3.4 billion euros from the Netherlands and Air France 7 billion from France in the form of government loans and guaranteed bank loans.

3 billion of the support that the French government gave at the time is now being converted into a perpetual subordinated loan and is included in the airline’s equity.

The European Commission has attached a number of state aid conditions to the French government’s rescue plan, including limiting the airline’s ‘significant market power’ at airports and a ban on dividend and bonus payments.

For example, Air France is relinquishing 18 slots (take-off and landing rights) at Paris Orly airport, in order to give competitors an advantage. That equates to 6,500 fewer flights that can be performed on an annual basis, about 5 percent of the total number of slots. Initially, the airline feared that it would involve 24 slots.

Air France-KLM is also not allowed to pay out bonuses for the time being.

The airline has been in serious trouble due to the corona crisis. The number of passengers fell dramatically and in 2020 there was more than 7 billion euros in losses.

Air France-KLM expects to incur a loss of more than a billion in the first three months of this year.