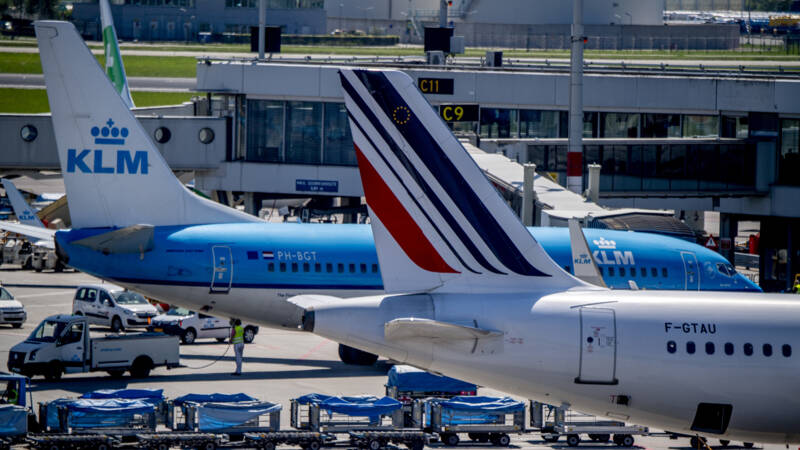 Aviation company Air France-KLM will issue new shares, Reuters news agency reports. According to the British news agency, the company will announce tomorrow that it wants to convert part of its government bonds into loans that can be exchanged for shares. The company also plans to issue more shares to raise additional cash.

Yesterday it became clear that France has reached an agreement with the European Commission on a new round of state aid for Air France. According to Finance Minister Le Maire, concessions have been made, but not the full package that Brussels demanded.

Among other things, the committee wanted Air France to give up take-off and landing rights at Paris-Orly airport. That will also happen, says Le Maire, but it will not be the 24 that Brussels initially demanded.

No agreement yet on support for KLM

The Netherlands is still in talks with the European Commission about additional support for the aviation company. According to the ministry, this is “in case KLM also needs support under certain conditions”.

“As is known, the acute emergency at KLM is less urgent,” said a spokesperson for the Ministry of Finance. Brussels demands, among other things, that KLM surrender flight rights at Schiphol.

The ministry says it is good that an agreement between France and Brussels is in sight. “In this way, another step can be taken on the path to keep the airlines within Air France-KLM healthy.”

Last year Air-France KLM received a total of more than 10.4 billion euros in support from the Dutch and French states, in the form of loans and guarantees. Both countries own about 14 percent of the shares in the aviation company. In February it became clear that the company suffered a loss of 7.1 billion euros last year.