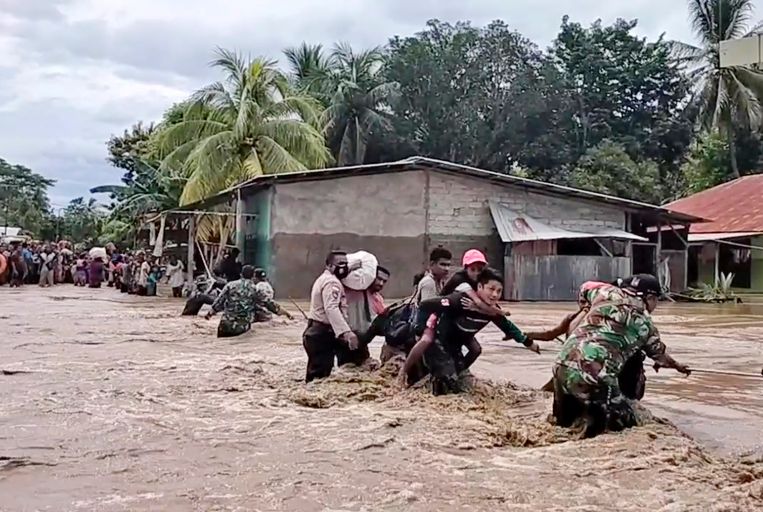 The islands in the Indonesian archipelago, belonging to the province of East Nusa Tenggara, were hit by mudslides, heavy rainfall and landslides on Sunday and Monday. Thousands of people have been evacuated. Victims are sought in both countries, but this search is complicated by bad weather conditions and roads that have become impassable. Local authorities fear the death toll will rise further.

On Sunday, the island of Flores was first hit by the cyclone. The population was swept along by mudslides that destroyed houses, bridges and roads. Dozens of houses in the village of Lamanele became buried in mud, ‘the emergency response service reported on Sunday. A bridge collapsed on the nearby island of Adonara.

On the nearby island of Lembata, parts of mountainside villages were swept to the ocean, sending people into the sea. Lewatolo volcano also set in motion on the island, causing volcanic debris in the mudflow to further damage homes and infrastructure. Indonesian President Joko Widodo has expressed his condolences to the relatives of the victims of the natural disaster.

“Fourteen villages are still completely isolated, with inaccessible roads,” said Thomas Ola, the head of the Lembata district in East Nusa Tenggara province. He expects the death toll to increase as more information is gathered in the affected areas. The volcano Lewatolo has been rumbling for months, at the end of last year thousands of people were evacuated as a precaution.

East Timor has also been hit by the storm. At least 27 people died there, according to authorities. Most of the fatalities occurred in the capital Dili. Cyclone Seroja may increase in strength through Tuesday as it moves towards Australia’s west coast. Meteorologists expect that some parts of Indonesia will also experience a lot of rain, strong winds and high waves in the coming week.