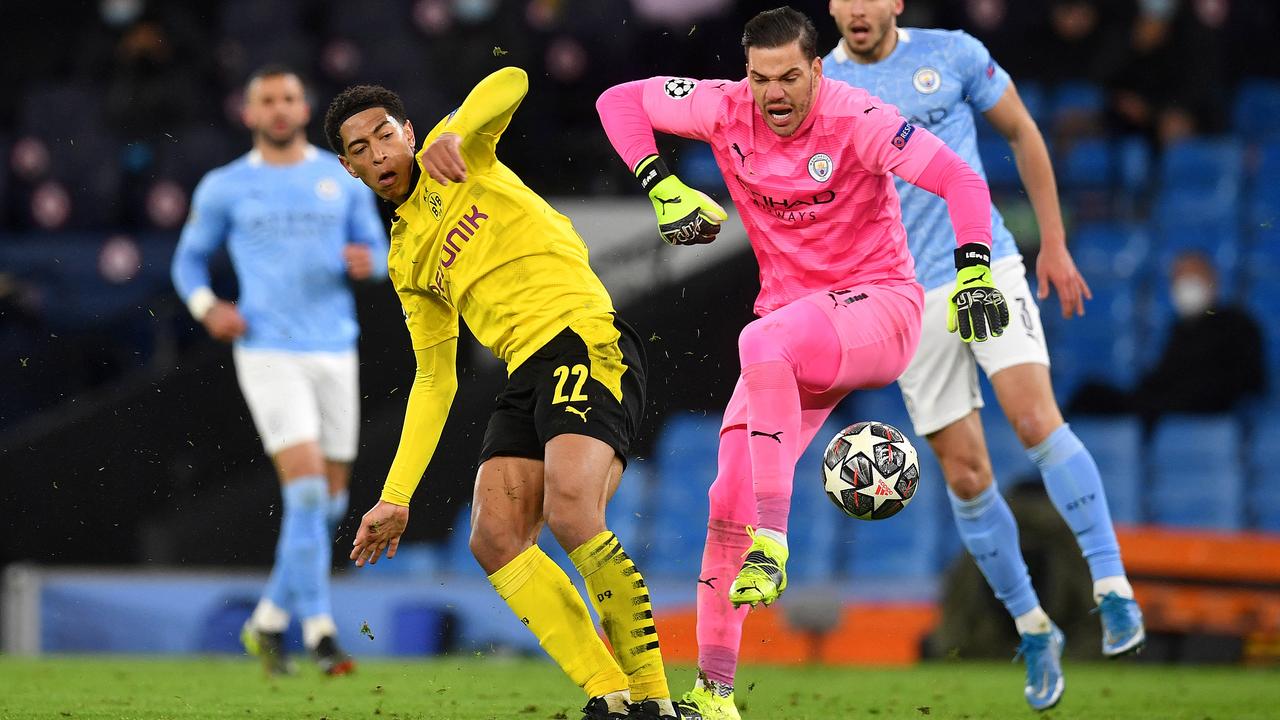 Despite the 2-1 defeat against Manchester City, Borussia Dortmund still has a good view of a place in the semi-finals of the Champions League, but the Germans are very disappointed. The frustration is mainly aimed at referee Ovidiu Hategan, who took away a goal from Dortmund before half time.

Manchester City goalkeeper Ederson came far from his goal to clear a ball in the 37th minute and took too much time. Oncoming Jude Bellingham tapped the ball away from his feet and headed for the empty goal, but referee Hategan whistled for a foul before the ball rolled into the goal.

It was clear from the replay that Bellingham was not doing anything wrong. But because the referee already whistled before a goal had actually been scored, the VAR could not intervene. Bellingham even had to pay for his ‘foul’ with a yellow card.

“I took that ball in a fair way”, the seventeen-year-old midfielder regretted after the game. “Nowadays there are so many cameras. It is a bit frustrating that the referee does not wait for the ball to hit the net and then possibly look at the images.”

Star player Jadon Sancho, who was injured at home, expressed his frustrations on Twitter, writing that the referee “needs to be checked”. Hategan also made a mistake earlier in the first half by awarding City a penalty after an alleged foul by Emre Can. The VAR did intervene there.

“I know how difficult it is for a referee,” said Terzic at the German Sky. “Of course I would have liked him to let Jude score and then see if it was the correct decision. This is extremely annoying. Unfortunately, this is part of football, not only we sometimes make mistakes.”

The 1-1 came later in the game via Marco Reus in the 84th minute, but Phil Foden gave City the victory just before time. Due to the away goal, Dortmund is not yet without a chance for the return of next Wednesday.

“Pep (City coach, ed.) Spoke nice words about us shortly after the game, but it is not finished yet. I feel it is only calm and it can still go in all directions,” said Terzic. “We are going to do everything we can next week to reach the next round, but now we are still disappointed.”

View the program and the results in the Champions League