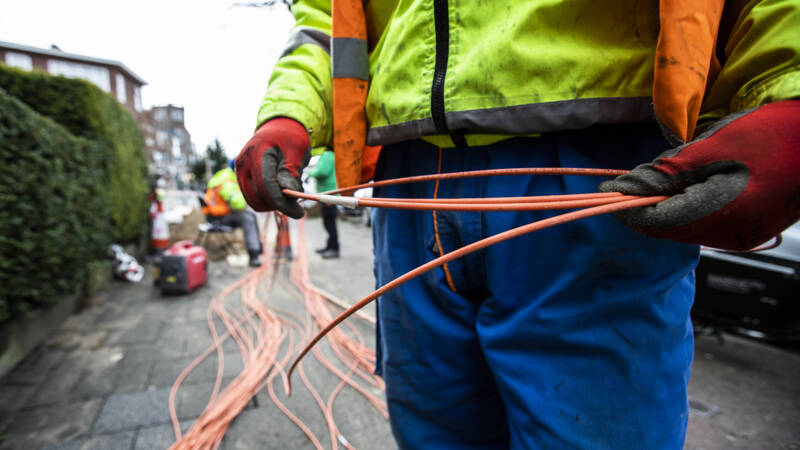 T-Mobile wants to connect one million households to fiber-optic internet in “predominantly urban areas,” the company reports. This should be done over the next five years. For this, the telecom and internet provider is working together with the company Open Dutch Fiber, which will build the network.

The provider becomes the first tenant. Other parties may also use the network. The project involves an investment of 700 million euros. Fiber optic is a material that makes internet faster than the telephone and cable connections that many households still use.

With this step, T-Mobile is explicitly entering into a battle with KPN. That provider announced last year that it wanted to speed up fiber optic connections. Just yesterday, the company reported that in the first three months of this year, “more than 100,000 households” will be connected to KPN’s fiber optic network.

‘Coverage in the Netherlands not good’

According to the CEO of T-Mobile, Søren Abildgaard, the coverage of fiber in the Netherlands is not good compared to other countries. He speaks of a “horrible” situation. The two parties do not want to say which areas in the Netherlands they specifically focus on.

Abildgaard does say that it will look at where T-Mobile customers with a mobile subscription are now. The company wants to sell bundles, just like other providers. In addition, a customer not only purchases internet from the provider, but also, for example, his mobile telephone subscription.

The provider promises speeds of “1 to 10 Gigabits per second”.

KPN previously made 1.4 billion euros available for its project. Recently the message was added that the provider also wants to provide almost a thousand villages with fiber optics earlier. To this end, it has entered into a partnership with pension fund ABP. The two parties are investing 1 billion euros in a new joint venture. KPN has set the goal of connecting some 80 percent of households to fiber by the end of 2026.

In addition to T-Mobile and KPN, competitor VodafoneZiggo is also investing in faster internet. That provider chooses a different route: the company does not install fiber, but opts for what it calls “gigabit without digging”. In other words: making the existing network faster without breaking open the streets.