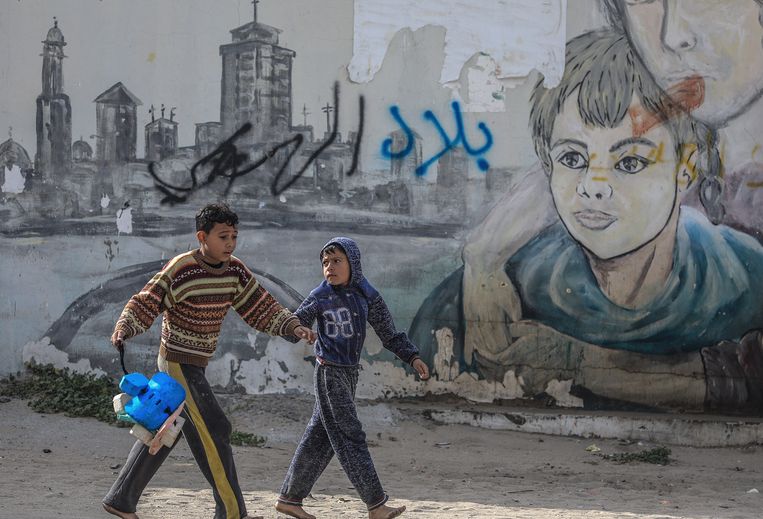 It concerns a package of 235 million dollars (almost 198 million euros) for financial and humanitarian aid. The bulk (150 million) goes to the UN organization UNRWA, which stands up for more than 5 million refugees living both inside and outside the Palestinian territories. In addition, 75 million is for economic assistance in the West Bank and Gaza Strip, and 10 million for reconstruction through the US development aid agency USAID. In addition, Biden promises that the US will again push for a two-state solution to the Israeli-Palestinian conflict.

In this way, the Biden administration hopes to restore America’s relationship with the Palestinians. This was no longer a problem, because according to the Palestinians, former President Trump was completely on the side of Israel.

For example, in his ‘peace plan’ Trump laid down the final status of all the sensitive issues of the conflict in advance: how the borders should run, what should happen to the Palestinian refugees and what the status of Jerusalem will be – all in Israel’s favor. . He has already brought the US embassy to Jerusalem, closed the PLO’s Washington office and scrapped all financial aid. “We pay the Palestinians hundreds of millions a year, but we get no gratitude or respect for it,” Trump tweeted at the time explaining his decision.

When he took office in January, Biden had said he wanted to break with this line, and now aid is resuming because it “serves important American values ​​and interests,” said US Secretary of State Antony Blinken. (Although it should be noted that it is significantly less than the $ 355 million US contributed to UNRWA in 2016).

The Biden administration is also working to reopen the Palestinians’ diplomatic mission in Washington, and is committed to negotiations leading to the two-state solution. In addition, the White House is still looking the cat out of the tree. It is still unclear which government will lead Israel now that the elections have not yielded a clear majority for Prime Minister Netanyahu. It also remains to be seen what the Palestinian elections will bring later this year.

While the Palestinians welcome the decision to donate money back to UNRWA, it was sharply criticized by Israel. “We believe that this UN body for so-called refugees shouldn’t exist at all,” said Gilad Erdan, Israel’s ambassador to the United States and the United Nations. According to him, UNRWA’s activities are “anti-Israeli and anti-Semitic.”

The UN organization was established a year after the founding of the State of Israel to provide assistance to the 700,000 Palestinians who had been expelled or fled. At the time, it was decided that the descendants of these people are also entitled to help, and there are currently more than 5 million. They are spread across Lebanon, Jordan, Syria, the Israeli-occupied West Bank (including East Jerusalem) and the Gaza Strip. In this coastal enclave, UNRWA provides food and water to one million people, half the population. In addition, the organization provides education and medical assistance.

There is a lot of criticism of UNRWA – and not just Israel. In 2019, the UN agency chief resigned after a report on abuses was leaked. Countries such as Switzerland and the Netherlands are also temporarily stopping their donations.