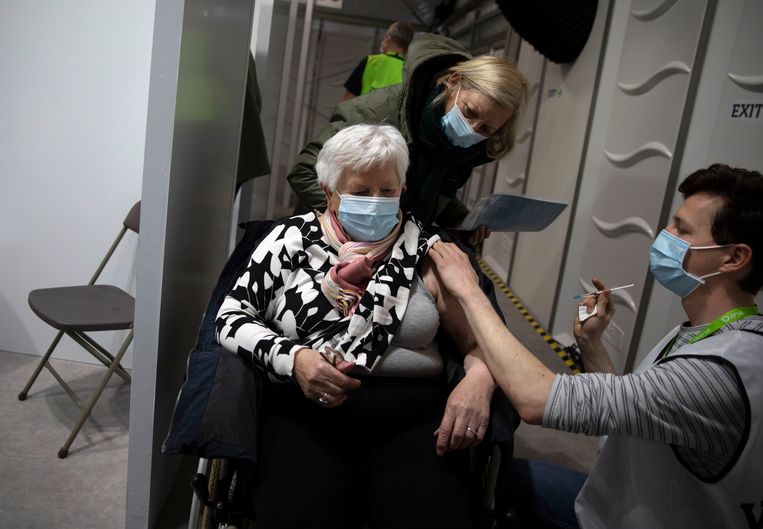 What will EMA make an announcement about?

‘We have been receiving all kinds of reports for weeks about people who have been vaccinated with AstraZeneca, especially women, who are developing a very mysterious clinical picture. Thrombosis-like complaints all over the body and at the same time a low platelet count. As if your blood is clotting and too thin at the same time, a bizarre combination that you see very little in everyday life. Then you have to ask yourself: is this a coincidence? Or is it the vaccine after all?

‘They’ve been working on this for a month at the EMA. The head of the agency’s vaccination team has already hinted in an Italian newspaper that they see a connection. It is expected that the EMA recommends that you continue to inject the drug, but it is especially interesting whether there will be an age limit, because so far it seems that the complaints have mainly arisen in people younger than about 60 years old.

Why is the EMA’s judgment so important?

‘The figures are tumbling over each other at the moment. Great Britain has 30 cases in 18 million injections, Germany has a lot more: 19 in 2.7 million. France has 3 cases and the Netherlands has 5, although some experts say that one of them is not in the list because it would be normal thrombosis. France no longer pricks people under 55 with AstraZeneca, Iceland and the Netherlands stick to 60, Sweden has opted for 65. It’s a mess. The EMA must now really put all the figures in a row and create clarity for the whole of Europe. ‘

Do we actually understand how the vaccine could cause those weird symptoms in the blood?

‘It is an autoimmune disease that sometimes occurs spontaneously in people who receive the drug heparin, which is a blood thinner. The immune system then reacts by producing antibodies against its own platelets, after which blood clots are also formed in a roundabout way. This creates that strange combination of dilution and blood clotting. In any case, we now know that you should not give heparin if people get this clinical picture after vaccination, that will only make the complaints worse. But what’s in the vaccine that can also cause such a reaction? And whether the Janssen vaccine, which works in a similar way to AstraZeneca’s, can also cause such side effects? That will not be resolved by the EMA this week. ‘

First, the Netherlands temporarily stopped using AstraZeneca altogether, then it was safe, Friday there was another injection stop, this time for people under the age of 60. What’s behind that swab?

When we started AstraZeneca again, Minister Hugo de Jonge said the vaccine was beyond any doubt. That was crazy, no medicine or vaccine is 100 percent safe. The Lareb, the side effects center, said it saw no connection at the time. But that suddenly changed last Friday. Why, that is the question. I spoke to some thrombosis experts this weekend and they said, ‘Huh? What are we doing, what has changed since two weeks ago? ‘

‘The strange thing is: in two out of five Dutch women with thrombosis complaints, the antibodies that can attack the platelets have not been found at all. And the blood of the other three others is still being tested. The experts therefore say that the injection stop was announced on the basis of emotion rather than science. According to them, it would have been better to continue vaccinating, the current policy is damaging confidence. ‘

What is the risk of this blood disorder after a shot with AstraZeneca, if there is indeed a connection?

‘If we start from the Dutch figures, these complaints occur in roughly 1 in 80 thousand people who have been pricked with AstraZeneca. So far the chance seems to be about a third that you will subsequently die. The chance of a fatal accident if you drive from here to Madrid is higher, professor of clinical epidemiology Frits Rosendaal told me. In that case it concerns all vaccinees, the chance could be greater specifically for young women.

‘The pill also gives a small risk of thrombosis. You have to realize that the rare blood clots we have seen in recent weeks are not the same as regular thrombosis, but we just accept that risk of the pill for healthy women. Now that a vaccine has a very small risk of a weird side effect, we are on our hind legs. I understand that well, but you have to put it in perspective. ‘