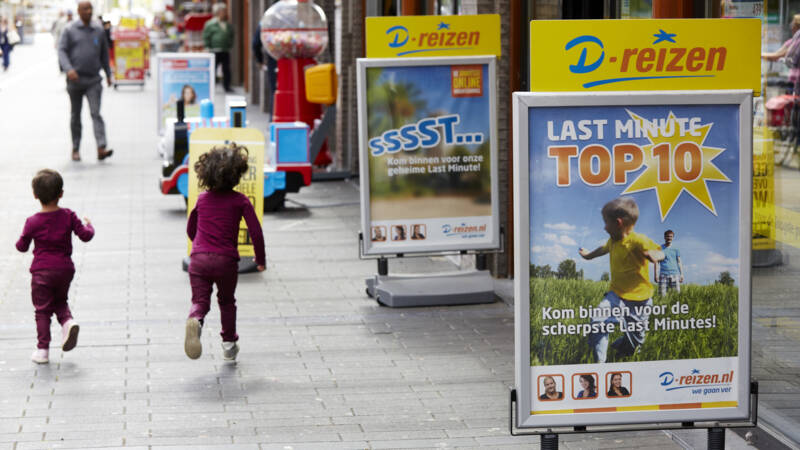 Tour operators fear a million damage after the bankruptcy of D-trips. The company had taken deposits from customers last year for trips that did not take place due to corona. The customers received a voucher from D-Reizen. The tour operators who would carry out the trip can no longer claim the down payments, but are still obliged to carry out the trip or to pay the voucher.

It does not matter for customers themselves, they will eventually receive their voucher from the Stichting Garantiefonds Reisgelden (SGR), but tour operators are afraid that the SGR will then turn to them because they are responsible for carrying out the trip and are therefore liable if they trip is canceled.

No lawsuit over deposits

D-Travel was an important intermediary for tour operator travel sales. The down payments for the bookings came in at D trips. He should have set the money aside or, after deducting the agency costs, transferred it to the tour operators.

‘These are amounts that the customer has paid to D-trips, but D-trips not to us. And the customer is then entitled to the execution of that trip, ‘says a spokesman for TUI. It is not yet clear for how much money the tour operator will board the ship. ‘We are now making an inventory of all bookings that D-trips has placed with TUI.’

TUI tried to enforce in court that D-Reizen would still transfer the down payments. The hearing was scheduled to take place yesterday, but the company was declared bankrupt the same morning.

The new voucher fund of 400 million euros does not help. Travel organizations can now go there for a loan from the Dutch government if they have insufficient cash to pay out expiring vouchers to their customers. But that only applies to vouchers that they have issued themselves and not for the vouchers from D-Reizen.

For the smaller and medium-sized tour operators, the damage could well prove fatal in this already difficult corona time. The umbrella of travel organizations ANVR already feared yesterday that there would be a domino effect in which the bankruptcy of D-trips could lead to several travel organizations.

In the meantime, the tour operators are trying to identify the amount of the vouchers that will be recovered from them. ‘We have a clear picture of the broad outlines, but the exact damage is not yet entirely clear. Of course we very much hope for a restart of D-trips. But if that doesn’t work, we have a plan ready to recoup the money as quickly as possible, ‘says Natasja Eshuis, director of Travel Trend.