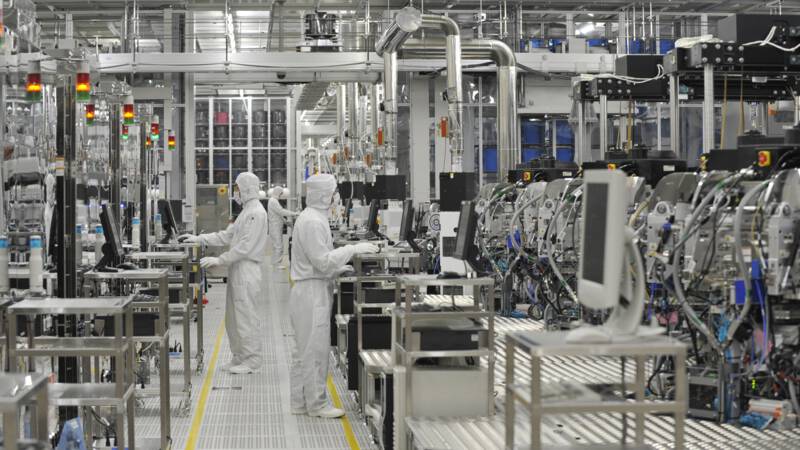 Today, the White House speaks virtually with the corporate world about global chip shortages. In addition to the chip industry, automakers are also represented. They have been hit hard by the shortages. Various manufacturers have had to temporarily shut down production lines.

All in all, twenty companies are expected to attend the White House meeting – from chip makers Intel and TSMC to auto makers Ford and General Motors. President Biden also participated briefly. According to Bloomberg news agency, irritation between automakers and electronics manufacturers, who believe that the car industry is setting too high standards, could lead to tensions during the consultations.

Solution not yet in sight

The shortages have been around for a few months now and a solution is not in sight in the short term. It is not expected that it will be found during the meeting.

According to Rem Korteweg, trade specialist at the Clingendael Institute, there are two issues surrounding this meeting. “The primary topic is how the Biden government can help revive car production.”

But national security also plays a role. “The White House is concerned about the vulnerability of the US economy to China.” China plays an important role in the supply chain, the ensemble of companies that supplies parts for the production process. According to Korteweg, the question will play a role as to whether a chain should not be set up in which China is not involved. “This will not be explicitly on the agenda, but it does play a part.”

Biden has already commissioned a close look at the chip industry’s supply chain. According to Korteweg, the question is what steps the US will take in this area. Will they set up their own chain or, for example, collaborate with Europe in this area?

And the question is to what extent they will get the chip industry on board. The interests do not necessarily run parallel. For example, the business community looks much more at where the cheapest and best can be produced, while governments also consider the geopolitical consequences.

The Biden government has already announced that it has earmarked $ 50 billion for the semiconductor industry as part of its mega investment in infrastructure of over 2 trillion. The money should act as an incentive for the production, research and design of chips. In addition, they want it National Semiconductor Technology Center establish.

The Wall Street Journal reported in late March that Biden can count on support from both Republicans and Democrats for the plan. There is a fear of falling behind because China is making larger investments in its own chip sector. Although some do not think it is a good idea to subsidize the industry

The global chip sector is not standing still either. TSMC recently announced that it will invest $ 100 billion in manufacturing capacity and research over the next three years. Intel had already pledged $ 20 billion for that.