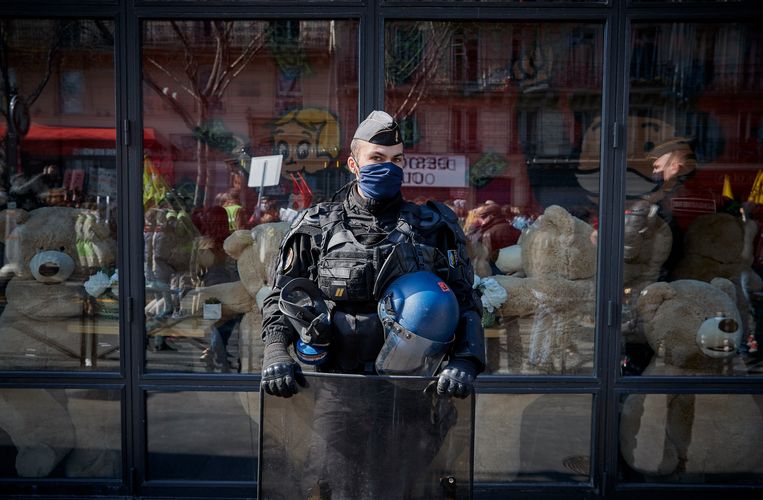 Last November, tens of thousands of people in Paris took to the streets to protest a provision in the original bill that made it a criminal offense to publish recognizable photos and videos of police officers. Because of that criticism, the maligned article has been adapted. Now it states that helping ‘apparently maliciously help identify police officers’ is punishable by a 5-year prison sentence or a fine of 75,000 euros.

According to the opponents, the law is still no good because terms such as ‘apparently malicious intent’ are open to multiple interpretations. The law will make it more difficult for journalists and citizens to denounce police violence and discrimination in the making and publishing of photos and videos.

‘This law … makes the police suspect. It gives the impression that this essential public service should not be criticized by citizens, ”said Alexis Corbière of the left-wing La France Insoumise party, which voted against the law.

The security bill was passed by 75 votes to 33 against in the National Assembly on Thursday, in which President Emmanuel Macron’s ruling party LREM, which proposed the bill, has a large majority. The French Senate had already passed the law.

According to the government, the law is necessary to better protect the police against radical elements on the street and on social media. ‘Police officers and gendarmes are the children of the Republic. We must protect them because they protect us every day, ”said Interior Minister Gerald Darmanin on Thursday.

The law also stipulates that the local police will be given more autonomy. The use of surveillance drones will also be expanded. The French branch of Amnesty International said that the law threatens civil rights, including through the generalization of surveillance practices.