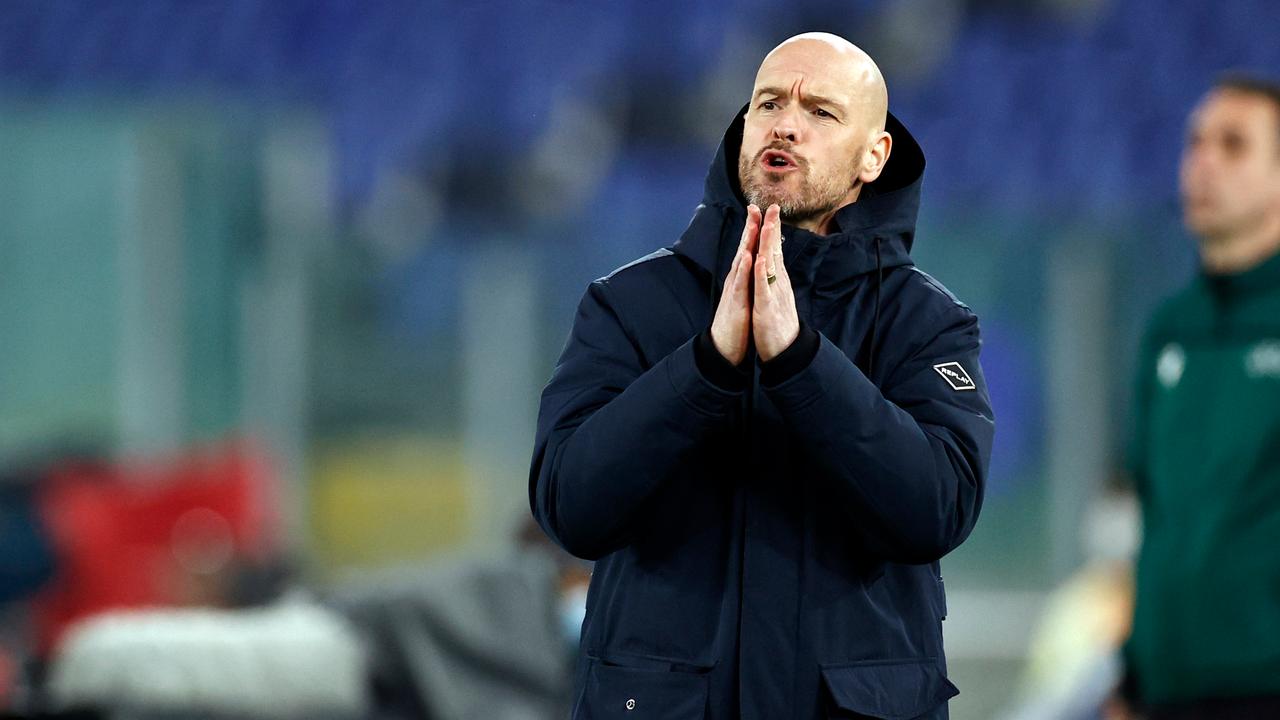 Trainer Erik ten Hag finds the elimination of Ajax in the quarter-finals of the Europa League unjustified. The team from Amsterdam got no further than a 1-1 draw in the return on Thursday and were therefore unable to recover the 1-2 loss from the first game.

“This is very annoying,” said Ten Hag afterwards RTL 7. “The best match and the team that dominated the match twice is out. We didn’t finish the chances, just like last week. Then you know at this level that you won’t go any further.”

“We have not had any luck, let’s say that,” the coach continued. “For incomprehensible reasons, the 0-2 was rejected. I did not see the moment again, but the referee was on top of it and said: continue. That seems like a regulatory goal to me.”

Ten Hag thus referred to the rejected goal of Dusan Tadic in the 56th minute. The captain seemed to shoot Ajax on the important 0-2 after Brian Brobbey’s opening goal, but the VAR saw in the run-up to the goal that Nicolás Tagliafico had committed a foul and called referee Antony Taylor to the side. He reversed his decision.

Ten Hag did not think that the absence of supporting players such as Daley Blind (injury), Sébastien Haller (not registered) and André Onana (doping suspension) broke up Ajax in the diptych with AS Roma. “Because we also did a lot of things well. It’s not about the players who are not there, but who were on the field. They did a great job.”

“It will not be difficult to prepare the boys for the cup final, because we are going to play a final”, Ten Hag already looked ahead to next Sunday’s cup final against Vitesse. “We can travel to De Kuip with confidence when you see what we have brought to the field today.”

Davy Klaassen also thought that Ajax had earned a place in the semi-finals of the Europa League. “If you look over two games, this elimination certainly feels unjustified,” said the midfielder RTL 7. “But that is not of much use to you. We have to look in the mirror. No matter how wrongly, we just have to win here.”

“You know that if you come here after a 1-2, they won’t attack”, Klaassen continued. “It was difficult to play through. We also had moments to score, but really not enough.”

Klaassen also felt guilty that he had not already broken the spell in the first half. In the opening phase, he got a dot of a chance, but his bet was cracked. “I should have made that ball, 100 percent. It should be in”, he was self-critical.

“It is not difficult to switch to the cup final now. We knew that whatever the result of this game would be, we could not be disappointed or happy. We have to keep going.”