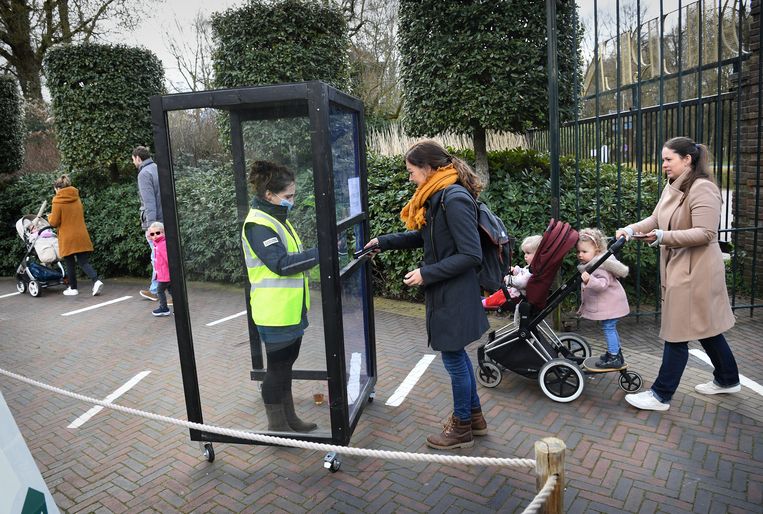 From 1 May, the foundation wants to have 400,000 access tests per day performed by commercial test companies. This should allow social and cultural life to resume cautiously, provided the result is negative. The GGD is suitable for the job, because it would not suit the task of the public health organization.

More than twenty test companies brought summary proceedings because they do not agree with the conditions they should meet. It bothers them that the foundation, led by former general Tom Middendorp, which operates on behalf of the government, did not opt ​​for a public tender in the pilot phase and only cooperates with a test provider: Lead Healthcare.

After 1 May, other test providers can join the access test network, but the test companies do not agree with the condition that a test location must be reserved exclusively for testing for access. They also do not want one test company, or a consortium, to take over from each region.

The foundation defended itself on Thursday through a lawyer. The exclusivity is necessary to separate different test target groups and money flows. The fact that one test company per region gets the job is to keep the process manageable.

The verdict is an important blow to Tom Middendorp’s troubled Stichting Open Nederland. In recent days there has been a lot of criticism about the organization and the costs of the access test system, rising to a maximum of 1.1 billion euros in the next five months. The state attorney warned on Thursday during the preliminary relief proceedings that if the test companies were proven right, a cautious reopening of society would not be possible for the time being.

But the judicial verdict can also turn out to be a Pyrrhic victory. The complaining test companies represent more than three hundred test lanes and 80 percent of the commercial test market. Middendorp desperately needs them to be able to carry out 400,000 access tests per day from May – three times as many as the GGD. Some test companies have already indicated that they would not register for the access test system if the conditions would not change. They have to decide that quickly: the deadline is noon on Friday afternoon.

According to Tom Middendorp, it is ‘now or never’ for the access test system. He addressed the test companies in court on Thursday. ‘I do this to help the Netherlands. I do this to the best of my knowledge and belief. And I hope you want to help with that. ‘

Maarten Cuppen, the director of one of the complaining test companies, HealthCheckCenters, says in a response that he will not cooperate with the access tests.

“ The state chooses to ignore entrepreneurs, who have all been putting their shoulders under it for months and to provide anyone with corona tests, and to waste enormous sums of money on things that are already available, ” the disappointed test companies say in a joint response. know.

The Open Netherlands Foundation, on the other hand, speaks of ‘good news’ and that it can continue to increase the access test capacity ‘at socially responsible costs’. ‘With that we will soon be able to give more and more people the opportunity to participate in an event or social activity.’


Even after the pilot phase, museums, zoos and restaurants do not have to pay for entrance tests. That said outgoing Minister Hugo de Jonge of Public Health in the Lower House on Thursday evening.

It was already known that the access tests for more than four hundred test events in the month of April are paid by the government. For the period after that, the cabinet kept the option open to pass on part of the bill to participating companies and institutions, on the basis of the profit principle. They would mainly benefit from renewed activity.

Leisure and cultural institutions immediately came up against this suggestion. ‘It really cannot be the case,’ said Kees Klesman, director of the Club van Elf, which consists of the 24 largest daytime attractions in the Netherlands, including the Efteling and the Van Gogh Museum. ‘You really can’t ask an industry that is just hoping to get back on its feet to hand in the small amount of income right away.’

According to Minister De Jonge, it is conceivable that consumers will pay extra at some point for an activity for which an access test would become necessary. “A ticket to Lowlands, for example.”