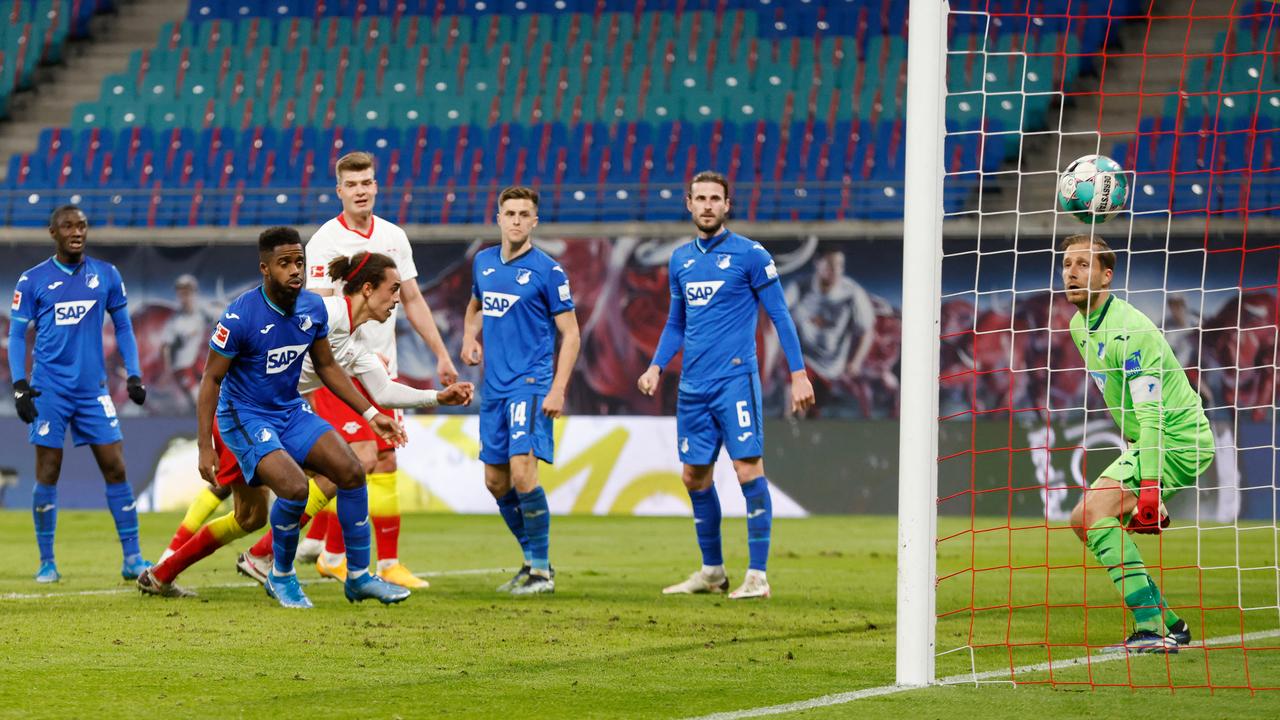 RB Leipzig suffered an expensive loss of points on Friday in the battle for the championship in the Bundesliga. Coach Julian Nagelsmann’s team came – partly due to a rejected goal in the final second – no further than 0-0 against 1899 Hoffenheim. Tottenham Hotspur again lost points in the Premier League.

RB Leipzig is now four points behind leader Bayern Munich, but the reigning national champion will have the opportunity to increase the gap to seven points at VfL Wolfsburg on Saturday afternoon (kick-off 3.30 p.m.).

Leipzig deserved a victory against Hoffenheim based on the number of big chances, but Christopher Nkunku, Tyler Adams, Marcel Sabitzer and Alexander Sørloth were unable to score in a promising position.

The victory seemed to come when Yussuf Poulsen took care of the 1-0 in the sixth minute of injury time. The 26-year-old Danish striker hit after a corner, but after studying the images, the arbitration rejected the goal because of hands. Justin Kluivert was missing from Leipzig due to an injury.

View the results, the position and the program in the Bundesliga

In the battle for a Champions League ticket, Everton and Tottenham Hotspur do nothing with the 2-2 draw in a head-to-head confrontation. Both clubs needed a win to keep up with the top four.

Tottenham took the lead in the 27th minute via Harry Kane, but then the home team took over control. Gylfi Sigurdsson shot 1-1 from 11 meters after half an hour and also signed for 2-1 after the break. Kane nevertheless gave the visitors a point, but dropped out in the extra time with an ankle injury.

For Tottenham (seventh place) it is the third league match in a row without a win. At Everton (eighth place) the counter even stands at five duels. West Ham United’s fourth place gap can be eight and nine points respectively.

Leader Lille was damaged in France.

In France, Lille OSC failed to deal with Montpellier. The leader of the Ligue 1 did not get further than 1-1 in-house.

Andy Delort signed the opening goal on behalf of the visitors halfway through the first half. Luiz Araújo’s equalizer only fell five minutes before the end. Sven Botman had a basic place at Lille.

Lille now has a four-point lead over Paris Saint-Germain, but the title holder will receive a visit from Saint-Étienne on Sunday at 1 p.m. and can approach Lille to one point.

View the results, the program and the position in Ligue 1