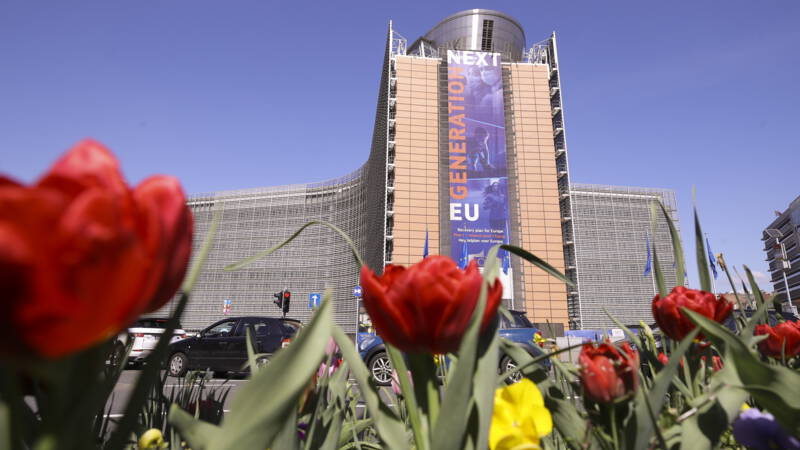 Where does the money come from?

The EU will therefore distribute a maximum of 807 billion euros and will borrow money for this on the international capital market. The EU will do this for six years, from 2021 to 2026, about 135 billion euros every year.

Of that 807 billion, the largest part, 386 billion, consists of loans to countries. So they have to pay that money back later. In principle, that does not cost the EU anything. But the EU does guarantee. If an individual country cannot repay such a loan, the EU, or the EU countries jointly, will pay for it.

Subsidy money does not have to be returned

The other large part, 338 billion, consists of grants. Countries do not have to pay that money back to the EU. But the EU has borrowed that money and has to pay it back.

The EU is taking the time for this, which must be done between 2028 and 2058. Where that money comes from is not yet fully clear. In addition to the mandatory annual contributions from member states to the EU budget, the EU wants to tap more and more income in the coming years to repay this money.

Since January, the EU has been levying a tax on plastic packaging that is not recycled. And halfway through this year, the EU will come up with more plans, such as a CO2 tax for products from outside the EU and a tax on digital services.

In 2024, more income sources must be added, such as a tax on financial transactions and a European profit tax for companies.

These new taxes are of course only plans of the European Commission, the EU countries have yet to agree to them. If the EU does not receive enough income of its own, a larger part of the loans will have to be repaid from the contributions of the member states.